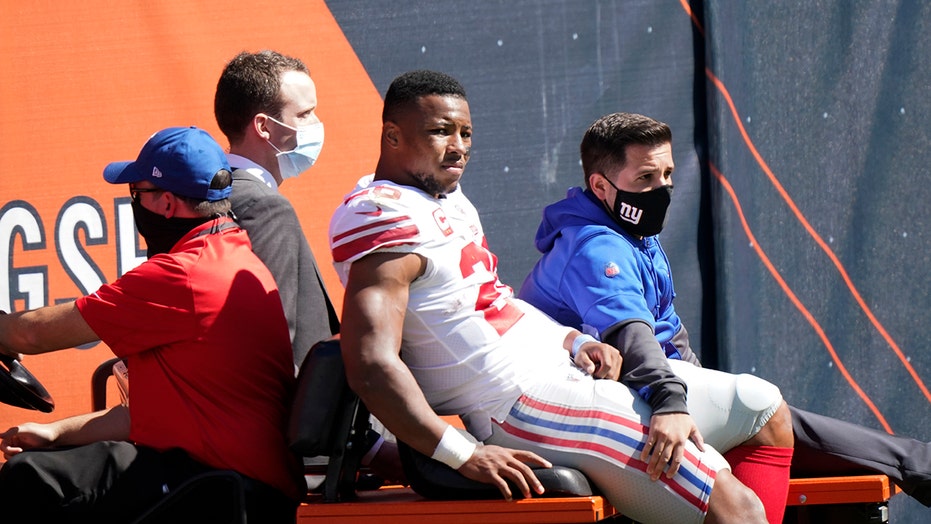 Saquon Barkley tore his ACL and will need surgery to repair the injury, the New York Giants announced Monday.

The team said an MRI confirmed what many feared – he suffered the injury during Sunday’s loss against the Chicago Bears. He is likely to miss the rest of the season.

The team said Barkley will undergo surgery “in the near future.”

He sustained a knee injury in the second quarter against the Bears after he was slammed to the ground by Chicago defensive back Eddie Jackson on what appeared to be a routine tackle. He was eventually carted off the field with what several reports later suggested was a torn ACL.

A frustrated Barkley appeared to make some sort of a statement on his Instagram following the game when he deleted every single post except for a picture of the late Kobe Bryant.

The Penn State product was coming off one of the worst games of his career against the Pittsburgh Steelers last week when he had only six rushing yards on 15 carries. He also had six catches for 60 yards.