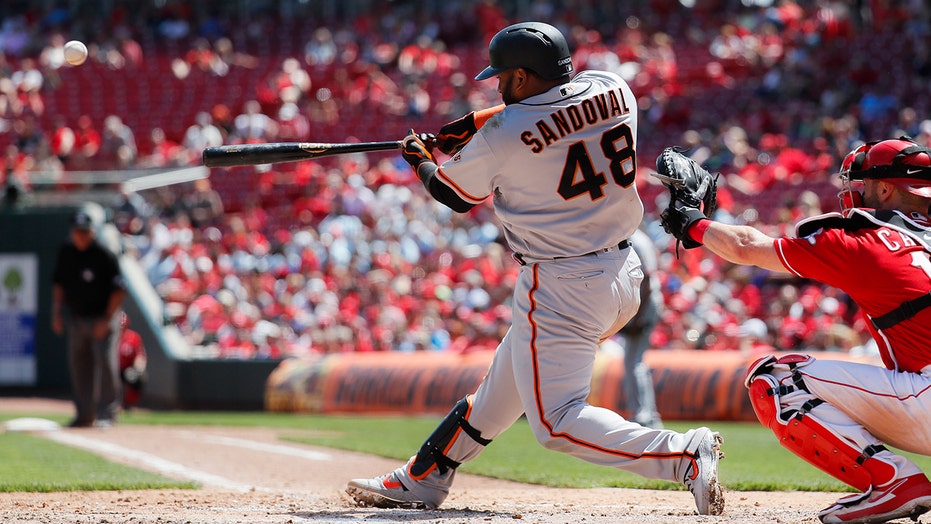 San Francisco Giants infielder Pablo Sandoval completed a feat that hasn’t been accomplished in more than a century by a Major League Baseball player.

In the Giants’ 12-4 loss to the Cincinnati Reds on Monday, Sandoval hit a home run, stole a base and pitched a scoreless inning.

The last person to do that? New York Giants pitcher Christy Mathewson...in 1905.

In that May 23, 1905 game, Mathewson threw nine scoreless innings, hit a home run and stole a base, according to the Elias Sports Bureau.

“It was fun,” Sandoval told reporters after the game, according to the San Francisco Chronicle. “It was a tough loss. Whatever I can do to help this team. I’m going to be a man. I’m going to take a punch and sacrifice everything to help the bullpen to rest one more day.”