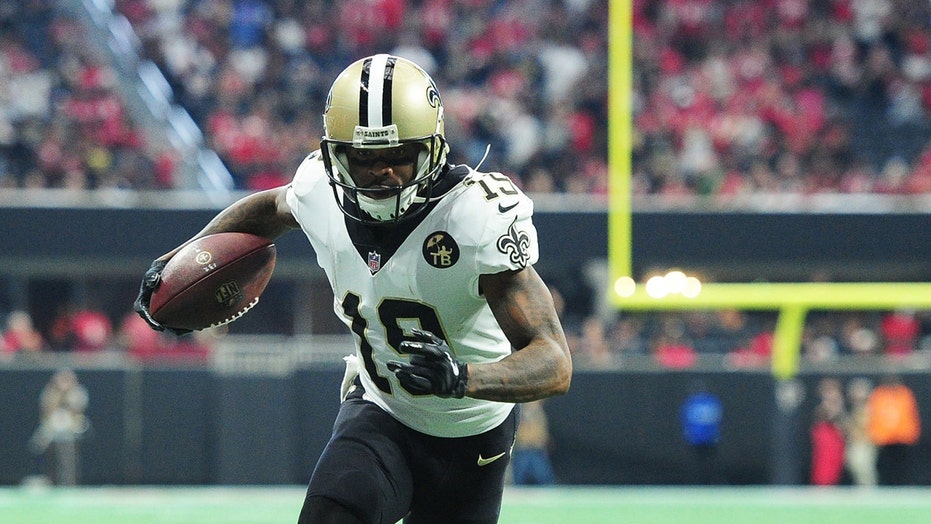 Since his days at Ohio State, wide receiver Ted Ginn has made a living burning defenders on the field. Now, he’s telling challengers to put their money where their mouths are.

The New Orleans Saints appeared on “The Lefkoe Show” on Thursday saying he was willing to race anyone for $10,000.

KELLY STAFFORD IS 'RIGHT WHERE THE DOCTORS NEED HER TO BE,' HUSBAND MATTHEW STAFFORD SAYS

“Where your check at?” Ginn told host Adam Lefkoe about what he would say to prospective challengers. “I’m always down to do it. I’ve been running from light pole to light pole my whole life.”

Ginn will definitely find himself in Atlanta at some point during the season and might want to offer the challenge to former Falcons quarterback Michael Vick.

Vick revealed to Bleacher Report last March that his brief cameo appearance on the FX show “Atlanta” led to a bevy of racing challenges in parking lots of several clubs.

“After seeing that, I’ve gotten a lot of requests to come out and race guys outside of the club,” he said. “Whether it’s a strip club or a regular club, I might make that my side hustle, man. Maybe two weekends out of the month, I’ll go ahead and make me some money.”

It’s unclear who would win a Ginn-Vick matchup. Ginn is 34 and Vick is 38.