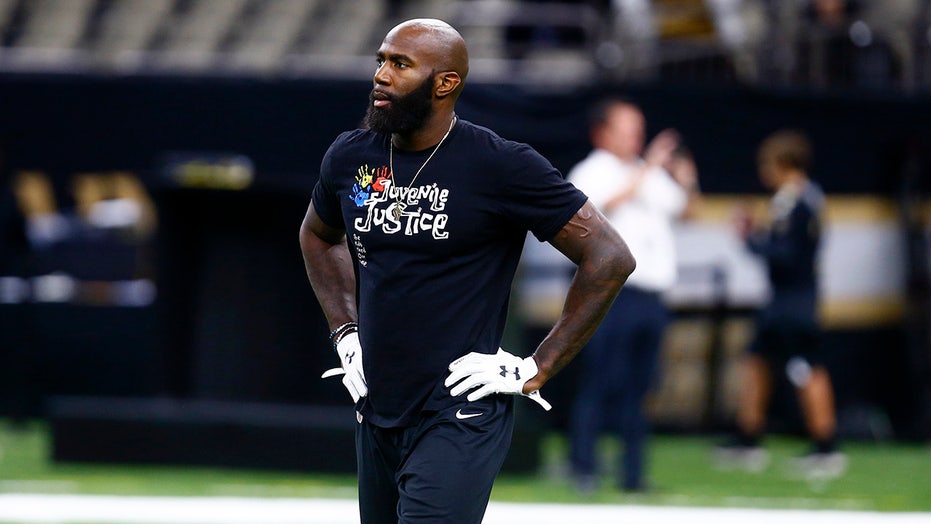 New Orleans Saints safety Malcolm Jenkins said his criticism of Drew Brees’ opposition about kneeling during the national anthem, and Brees’ later apology, is “a microcosm” of what the country needs.

Jenkins made the comments in an interview Tuesday with Daily Show Host Trevor Noah, saying the U.S. has “for a long time tried to put reconciliation before truth.”

Jenkins was among Drew Brees’ harshest critics when the Saints quarterback reiterated his long-held opposition to kneeling during the national anthem. Jenkins went ahead to post a video on his Instagram page calling his teammate “part of the problem."

He told Noah the video was filmed before he spoke with Brees about his comments, but he decided to post it after they spoke.

“I think my interaction with Drew is a microcosm to what we need to do as a country,” Jenkins said.

After Brees’ comments aired during an interview with Yahoo earlier this month, he was criticized by other high-profile athletes, including LeBron James. Protesters marching in New Orleans also chanted curse words at him.

Brees has since apologized for his comments, saying he now recognizes that kneeling during the anthem was not about the flag, and that he wants to help promote equality.

Jenkins has actively engaged in recent discussions about police brutality and police funding on social and in mainstream media, as well as at rallies. He will join CNN as a contributor focusing on racial and social justice, the network announced last week.