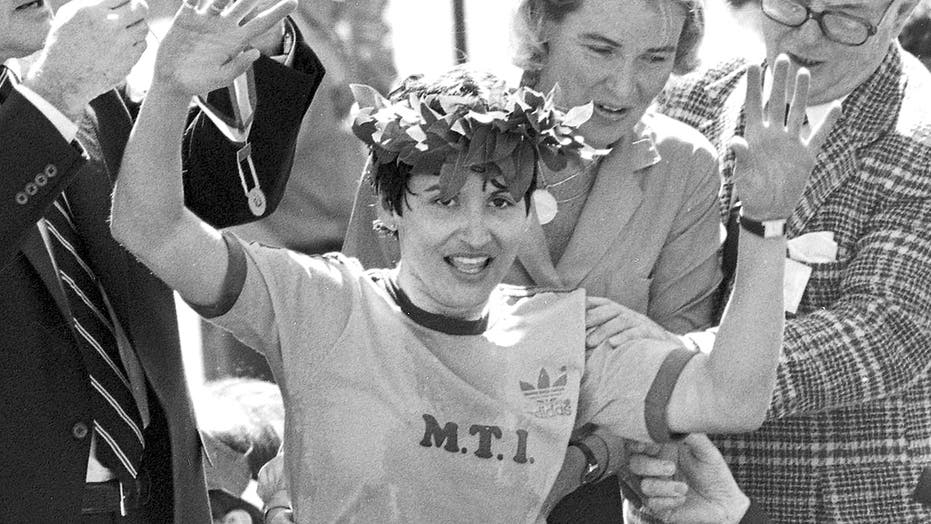 Rosie Ruiz, the female runner who infamously cut the course at the Boston Marathon and was stripped of her victory in the 1980 race, died of cancer last month. She was 66.

Ruiz, who was also known as Rosie Vivas, died in Florida on July 8, according to an obituary posted on the Dignity Memorial website. The obituary made no mention of the Boston Marathon scandal.

“It's a colorful part of the Boston Marathon history, that's for sure,” Bill Rodgers, who won the men’s race that year, told the Associated Press. “Poor Rosie, she took all the brunt of it.”

When Ruiz crossed the finish line of the Boston Marathon in 1980, she had done so in record time. She completed the run in 2 hours, 31 minutes, 56 seconds. But those at the event became suspicious of her time because some hadn’t even seen her on the course at all.

FILE - In this April 21, 1980 file photo, Rosie Ruiz waves to the crowd after after being announced as winner of the women's division of the Boston Marathon in Boston. Her title was stripped eight days later when it was found that she had not run the entire course. Ruiz died July 8, 2019 in Florida. She was 66. (AP Photo/File)

“We knew that she had jumped in. We, who knew what the marathon was, we got it,” Rodgers said. “She wasn't sweating enough; she had on a heavy shirt; she didn't know about running.”

He added: “I was with her the next day on TV, and she was just crying her head off. If she had just said, 'I'm sorry. I made a mistake.' Runners — we all drop out of races — we would have understood.”

Ruiz was questioned by the Boston Athletic Association. According to the AP, she failed to identify key terms that elite marathon runners would have been able to know and she couldn’t identify certain landmarks on the course. Later, two Harvard students revealed they saw Ruiz join the race near Kenmore Square, about a mile from the finish line.

After eight days, Ruiz was stripped of her title.

“People, they're still sorry for me. But at the same time I think they should feel sorry more for her,” Canadian Jacquieline Gareau, who was named the winner, told the AP. “Like everybody says, she's part of my life. I cannot separate from her because of that story. She's not a friend, but she's been there so long.”

It was never revealed how Ruiz got to Kenmore Square that year. But officials did find out she took the New York City subway to cut through the New York Marathon in 1979 in order to qualify for the Boston Marathon.

Ruiz had vowed to run the Boston Marathon again to prove she could do it. She never did.

Later in her life, Ruiz was arrested in New York for allegedly stealing $60,000 in cash and checks from her employer in 1982. She was then sentenced to three years of probation in 1985 for cocaine trafficking.

According to her obituary, Ruiz is remembered as a woman who had a big heart. She spent the remainder of her life in Florida and helped raise three boys with her partner – Margarita Alvarez.