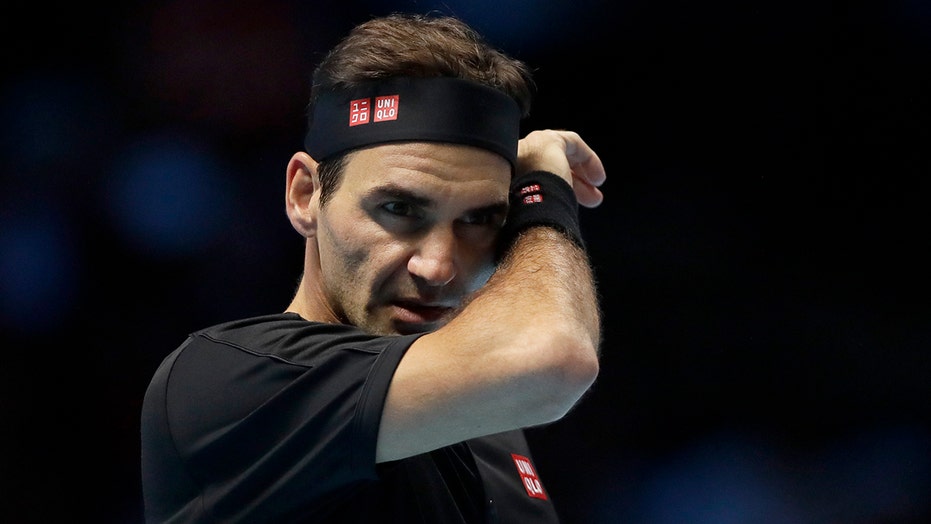 While rumors of his retirement swirl, Roger Federer, one of the greatest tennis players to ever step on the court, is trying to quiet the noise.

Federer, 38, reiterated Monday that he has no plans to retire. He made the remarks at a press conference prior to an exhibition tour across five countries, according to the Daily Express.

ANDY MURRAY WINS IN HIS RETURN TO THE DAVIS CUP

“My retirement is going to depend on my health,” he said in Argentina. “At this moment, I see no reason to stop.”

Federer admitted he questioned whether he should quit tennis in 2009, but insisted, “I’m exactly where I wanted to be at this age.”

Roger Federer of Switzerland wipes his face after he plays a return to Stefanos Tsitsipas of Greece during their ATP World Tour Finals semifinal tennis match at the O2 Arena in London, Saturday, Nov. 16, 2019.  (AP)

Federer, who lost Sunday in the ATP Finals against Stefanos Tsitsipas in the semi-finals, has 20 grand slam tournament titles and nearly captured 21 at Wimbledon. However, he lost to Novak Djokovic in what was the longest men’s final in Wimbledon history. He last won a major in 2018 – the Australian Open.

Federer himself is preparing for a long 2020 season. He will likely play in all four grand slam tournaments and the 2020 Olympics in Tokyo.

“I’m going to try to be healthy, be fit, be prepared to play my best,” Federer said. “played the Tokyo [ATP] tournament, I won it this year. And the Olympic Games are going to be played on the same courts, which are quite good for my style of the game, I think it’s quite suitable.”