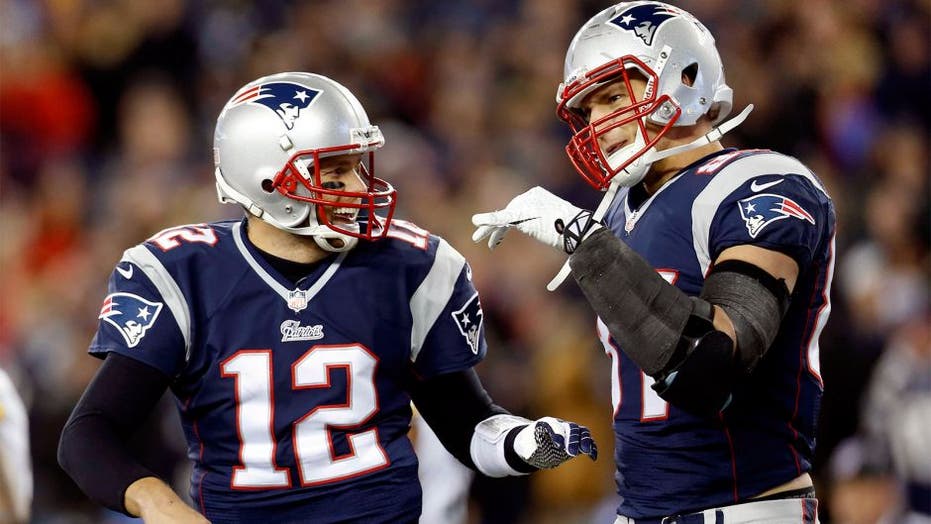 Rob Gronkowski thinks his former New England Patriots’ teammate Tom Brady should “test” the free-agency waters for the first time in his 20-year career, even if that means seeing him in a different jersey.

The legendary quarterback will become an unrestricted free agent on March 18 and talks about where the six-time Super Bowl champion could end up next has been the topic of discussion for much of the season.

“I truly believe that he deserves the opportunity to go explore, to see what’s out there,” Gronkowski told reporters in Miami Tuesday ahead of Super Bowl LIV.

Gronkowski, who retired himself in 2018 after nine seasons with the Patriots, said that while he hasn’t spoken to Brady about what his plans are for the 2020 season, it would be a “good” opportunity for him.

“You’ve never done it before in your career and he’s going to be a free agent for the first time ever so good for him.”

Brady hasn’t hinted as to where he plans to play, be it in New England or somewhere else. He recently said he was “open-minded” to free agency and “whatever the future may bring.”

Tom Brady #12 and Rob Gronkowski #87 of the New England Patriots react after Gronkowski scored a touchdown during the fourth quarter against the New York Jets at Gillette Stadium on October 25, 2015 in Foxboro, Massachusetts. (Photo by Jim Rogash/Getty Images)

Gronkowski added that if Brady does sign with another team, “it would definitely be strange” to see him in a new uniform.

“If you see a player play on a team for 10 years and go to another team, it’s always strange at first,” he said. “But everyone adapts, like any other time it happens.”