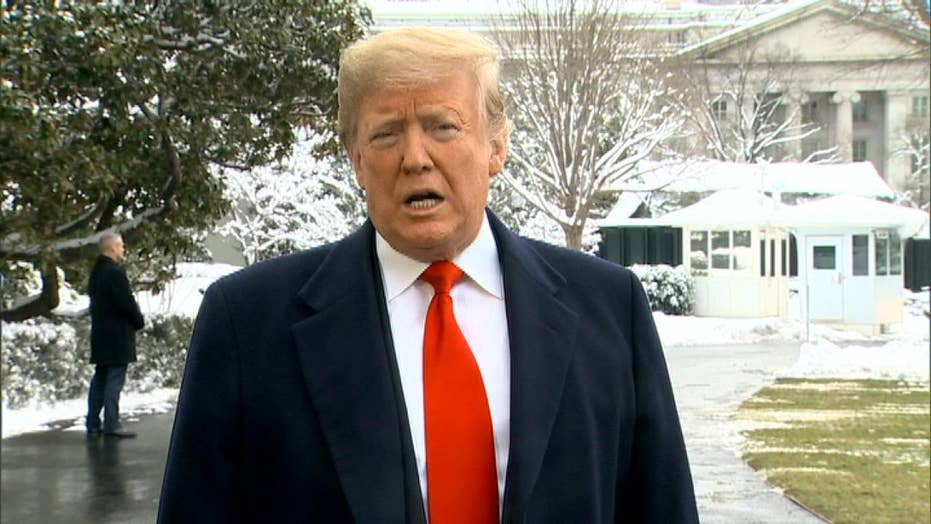 Former NFL player Reggie Bush said Monday he thought President Trump’s “American fast food” spread in celebration of the Clemson Tigers was a disservice to what the team had accomplished.

Earlier this month, the college football team scored their second national championship in three seasons, defeating the top-ranked Alabama Crimson Tide with a final score of 44-16.

In a visit to the White House following their victory, Trump told reporters Monday that he foot the bill for a feast that included “lots of hamburgers” and “lots of pizza.”

President Donald Trump talks to the media about the table full of fast food in the State Dining Room of the White House in Washington, Monday, Jan. 14, 2019, for the reception for the Clemson Tigers.

"We have some very large people that like eating, so I think we're going to have a little fun," he said.

But the gesture didn’t sit well with Bush –who took to Twitter on the subject around midnight – saying Trump should’ve done more for the team.

“Just when you think you’ve seen it all, @ClemsonFB you guys deserve better you are world champs and this is the honor you receive from our nations leader!?” he tweeted. “This is disrespectful on so many levels, just a huge slap in the face after that kind of performance! SMH!”

The reception featured stacks of wrapped burgers from Wendy’s, as well as boxed burgers from McDonalds and pizza. French fries were also available in White House cups that bore the presidential seal.

French fries and pizza are some of the fast food items for the reception for the Clemson Tigers in the State Dining Room of the White House in Washington, Monday, Jan. 14, 2019. (AP Photo/Susan Walsh)

At the time, White House Press Secretary Sarah Sanders said much of the White House residence staff had been furloughed due to the ongoing partial government shutdown, "so the president is personally paying for the event to be catered with some of everyone's favorite fast foods."

Bush, responding to someone who commented on his original post, later wrote that if he lived in the nation’s capital, he “would have taken that whole team to dinner at a nice restaurant after seeing this!”