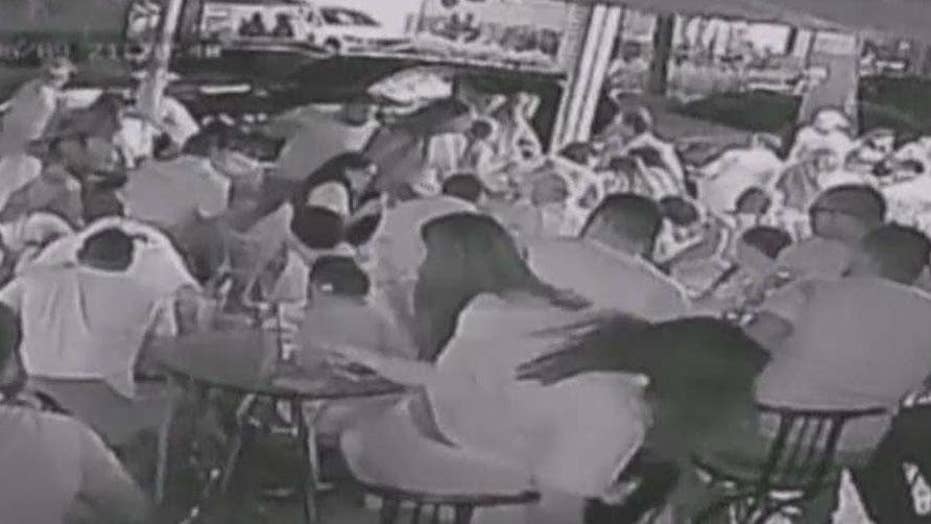 Ortiz remains in the hospital in Boston in good condition.

Red Sox fans have plenty to cheer about Saturday night.

Beantown hero David Ortiz has been moved out of the intensive care unit, two weeks after he was shot in a botched hit job in his native Dominican Republic.

“David was moved out of the intensive care unit at Massachusetts General Hospital. He remains in good condition and continues to recover under the care of Drs. David King and Larry Ronan,” his wife, Tiffany Ortiz, said via a statement issued by the Red Sox.

Ortiz was shot in the back while out at a bar in his hometown of Santo Domingo on June 9. Eleven people have been arrested in connection with the shooting.

In the latest twist in the case, the cabbie who drove some of the gunmen to the bar where Ortiz was shot told police the Red Sox slugger was not the intended target.