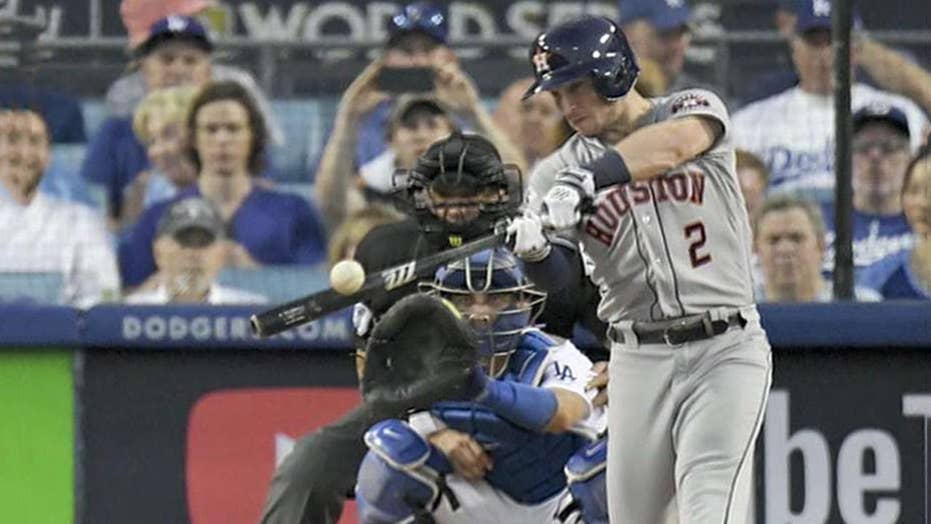 Boston Red Sox manager Alex Cora is reportedly facing harsh punishment for his role in the Houston Astros sign-stealing scandal during the team’s 2017 World Series-winning season as well as a separate video scandal.

Cora served as a bench coach during the 2017 season and when Major League Baseball’s ruling on the cheating scandal dropped Monday, it appeared that he was going to get hammered with discipline, sources told ESPN.

Cora allegedly was involved in setting up the Astros’ sophisticated sign-stealing system which involved a camera in center field and a team employee banging on a trash can to alert batters of potential breaking balls. According to a report from The Athletic in November, Cora played a "key role" in the system.

Cora has not been disciplined but will likely face penalties upon the conclusion of the investigation into Boston’s own video-replay scandal, which allegedly occurred in 2018 during their own World Series title run.

Manager Alex Cora of the Boston Red Sox looks on during the game against the Phillies at Citizens Bank Park in Philadelphia, Aug. 15, 2018. (Getty Images)

Some players would use the video replay room to steal signs between opposing pitchers and catchers during games in 2018, The Athletic reported Wednesday, citing anonymous sources who said they were with the organization during the championship season. Boston defeated the Los Angeles Dodgers that year.

The sources told The Athletic that the team wasn’t able to do it in the postseason because of in-person monitors used by Major League Baseball (MLB) in those games.

It's unclear when Cora's punishment will come down.

Major League Baseball suspended Astros manager A.J. Hinch and general manager Jeff Luhnow for one year as part of the discipline for stealing signs. The Astros later fired both men.

“I find that the conduct of the Astros, and its senior baseball operations executives, merits significant discipline,” Commissioner Rob Manfred said as part of the ruling. “I base this finding on the fact that the club’s senior baseball operations executives were given express notice in September 2017 that I would hold them accountable for violations of our policies covering sign stealing, and those individuals took no action to ensure that the club’s players and staff complied with those policies during the 2017 postseason and the 2018 regular season.

“The conduct described herein has caused fans, players, executives at other MLB clubs, and members of the media to raise questions about the integrity of games in which the Astros participated. And while it is impossible to determine whether the conduct actually impacted the results on the field, the perception of some that it did causes significant harm to the game.”

Hinch and Luhnow are banned from performing any business on behalf of the Astros and will not be allowed in any major, minor or spring training facility.