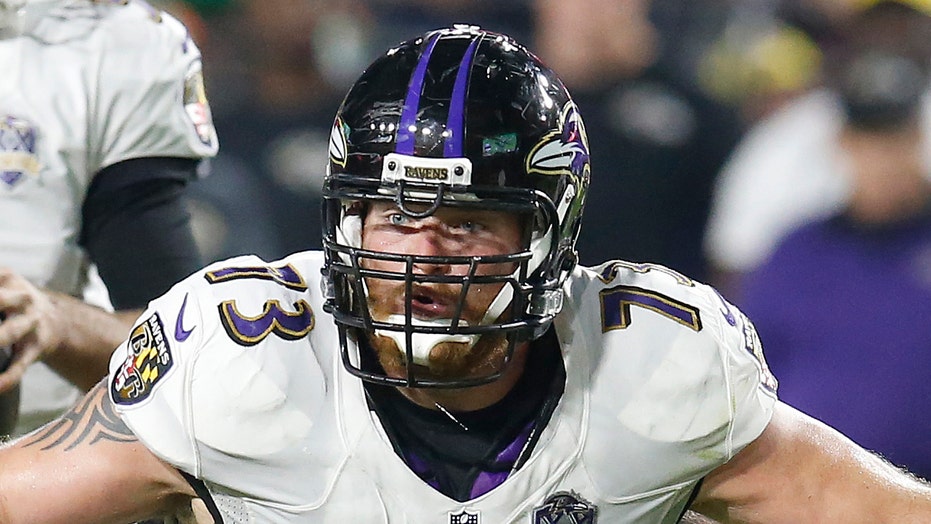 Ravens guard Marshal Yanda is retiring after 13 seasons in which he was named to the Pro Bowl eight times and helped Baltimore win the 2012 Super Bowl.

The Ravens made the announcement Tuesday morning on Twitter. Yanda will formally step down in a news conference Wednesday in which he will be joined by general manager Eric DeCosta, executive vice president Ozzie Newsome and coach John Harbaugh.

The 35-year-old Yanda played in 191 games, including playoffs, and has been an anchor on the Ravens offensive line since being picked out of Iowa in the third round of the 2007 NFL draft. He was a first-team AP All-Pro twice and named to the second team four times, including last season.

After the Pro Bowl in January, Yanda said he would decide during the offseason whether to call it a career.

“I'm going to take some time over the next month, basically go with my heart and see how I feel," he said.

The Ravens made it clear that they wanted him back, especially after he performed at a high level in 2019. Yanda started in 15 games and helped Baltimore finish the regular season with an NFL-best 14-2 record. He was part of an offensive line that enabled the Ravens to set an NFL single-season record for yards rushing (3,296).

“You want people to want you back," Yanda said. “That's the way to end it. Nobody wants to fade out. You want to go out strong."

And that's precisely how Yanda did it.

“What a year," Harbaugh said soon after the Ravens exited the postseason with a loss to Tennessee. “One of the things about being at the level he’s at and being at the stage of career he’s at when you’re a Hall of Fame type of guy and you’re a lineman, it’s really important to finish strong in your career, to play Hall of Fame football at the end. Because that’s when everybody’s watching.”

Yanda is one of 13 guards in NFL history to earn at least eight Pro Bowl nominations. Only two others in that category, Larry Allen and Alan Faneca, also played on a Super Bowl winner.

Yanda played in 177 regular-season games, tied with Hall of Fame tackle Jonathan Ogden for most by an offensive lineman in Ravens history. The only game he missed in 2019 was the finale, when Harbaugh held out several starters because Baltimore had already clinched the top seed in the AFC playoffs.