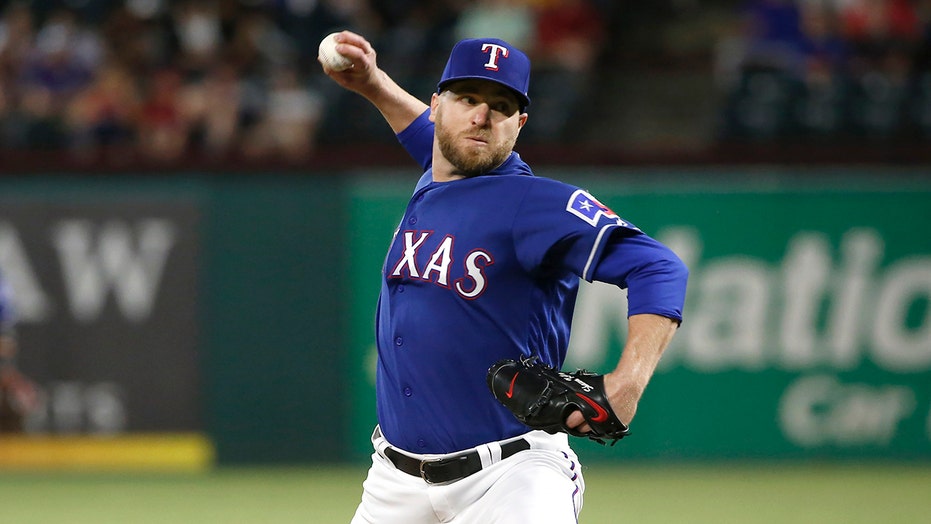 Texas Rangers pitcher Shawn Kelley had two “decent-sized” lumps removed from his throat Thursday and is awaiting the results of a biopsy, which is expected to come later in the week.

Kelley said he noticed the lumps in his throat early in the season and went to the doctor to get them checked out after they got bigger and began to affect his sleeping, he said. The initial tests on the lumps before the surgery were inconclusive. Kelley does not use tobacco.

“The doctors, from their experience and just looking at it and feeling it and all of that stuff, they don’t seem to be too concerned yet,” Kelley said.

Shawn Kelley #27 of the Texas Rangers throws against the Toronto Blue Jays during the ninth inning at Globe Life Park in Arlington on May 4, 2019 in Arlington, Texas. (Photo by Ron Jenkins/Getty Images)

While Kelley said he hoped to get back on the mound as soon as possible, Rangers manager Chris Woodward said there was no reason to rush things and the team could active Kelley from the injured list either Monday or Tuesday. Kelley had been on in the injured list since May 9.

Kelley is 3-0 with two saves this season. He holds a 1.29 ERA in 14 appearances. The Rangers are 21-23 this season, sitting 8 1/2 games behind the Houston Astros in the American League West division.