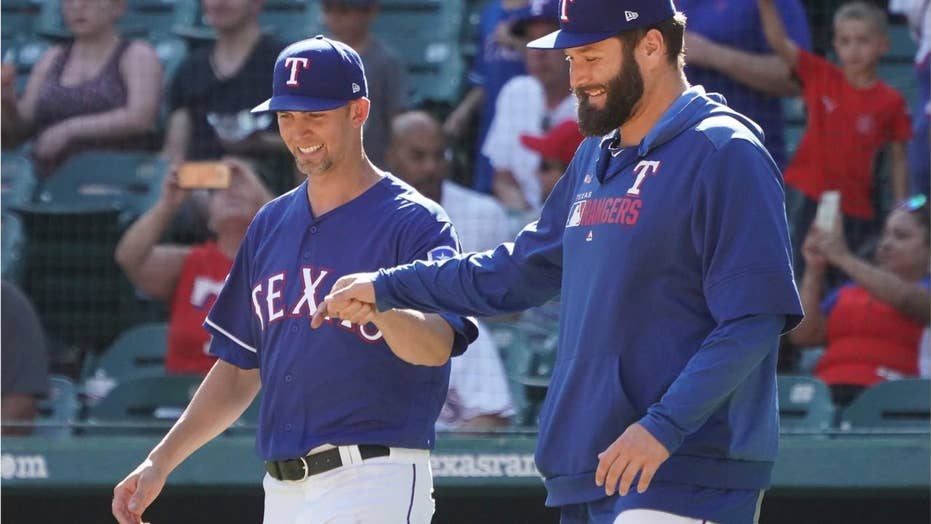 It’s almost unreal how a meaningless game at the end of September between two teams that are not going to the postseason can draw so much controversy.

The Texas Rangers caught a ton of flak during their game against the Boston Red Sox on Thursday over the team’s effort to help pitcher Mike Minor reach the 200-strikeout milestone.

The Rangers were pitching with one out in the top of the ninth inning against the Red Sox. Minor got Red Sox batter Chris Owings to pop up into foul territory for what would have seemingly been the second out of the inning.

Minor, catcher Jose Trevino and first baseman Ronald Guzman all ran toward the ball but no one caught it. Instead, Guzman allowed the ball to drop into foul territory and thus giving Minor another chance to reach the milestone as the at-bat against Owings was allowed to continue.

Minor then struck out Owings for his 200th strikeout of the season — the first time in his career he reached the number. He told reporters after the game that he was yelling at Guzman to drop it.

“We were yelling, telling him to drop it because there's going to be two strikes,” Minor said. “He dropped it, and then he looked at me like, 'What? Why?' And then everybody started booing or whatever. I had to thank him for that, because [the fans] didn't understand.”

Rangers manager Chris Woodward said he didn’t “love” that his players allowed the ball to drop.

“I didn't love the idea that we dropped the popup at the end,” he said. “But on the other side of that, they swung at three pitches in a row in the eighth inning down by two. If they have any beef with that, obviously I'm pretty sure [Red Sox manager Alex] Cora did, they chose to not try and win the game as well. They were trying to keep him from striking a guy out.”

Woodward added that Guzman was lucky Minor struck Owings out because it was “borderline crossing the line.”

Cora didn’t comment on the play only saying, “I'm just happy our guys are playing the right way.”

Red Sox beat writers and fans were not happy about the play.

Nonetheless, the Rangers won the game 7-5.

Texas improved to 76-83 on the season while the defending World Series champions dropped to 83-76.