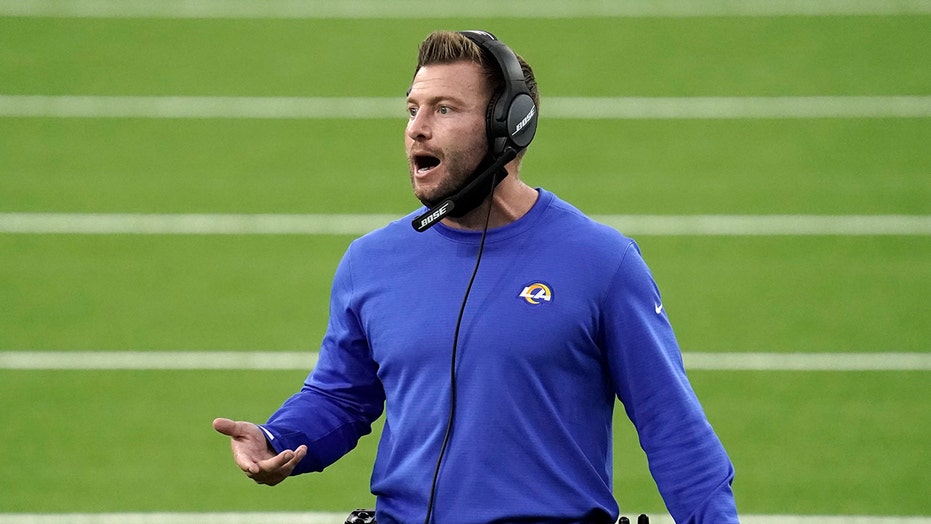 Los Angeles Rams head coach Sean McVay says he will “do a better job” wearing his mask after the NFL sent out a memo reminding all coaches of the requirement to wear face coverings while on the sidelines after several were seen without them during Sunday’s games.

The Rams beat the Dallas Cowboys 20-17 over the weekend, but McVay found himself in trouble with the league after he was shown on camera with his mask around his neck for the majority of the game.

McVay’s actions prompted Troy Vincent, who oversees the league's football operations, to issue a memo to the 32 clubs, stressing that they “remain vigilant and disciplined in following the processes and protocols put in place by not only the league, union and clubs, but also by state and local governments.”

“I figured that memo was directed at me. I’ve got to do a better job about that, and so, moving forward, there will be a conscious effort to do that,” McVay said.

But he wasn’t the only one.

Raiders head coach Jon Gruden was also without his mask during Las Vegas’ 34-30 win over the Carolina Panthers and felt that the league’s warning was specifically because of his actions.

Arizona Cardinals coach Kliff Kingsbury was also guilty of being maskless, telling a local radio station he “will be better” in Sunday’s game against the Washington Football Team.

The league’s mask protocols require anyone, including medical staff, with access to the bench area to wear face coverings at all times. Players are exempt from this rule, but players not substituting into the game will be required to wear masks on the sidelines if the stadium they are playing in has state/local regulations mandating a mask.

“Failure to adhere to this requirement will result in accountability measures being imposed against offending individuals and/or clubs,” the memo said

The league has not spelled out what the repercussions for failing to wear masks will be.