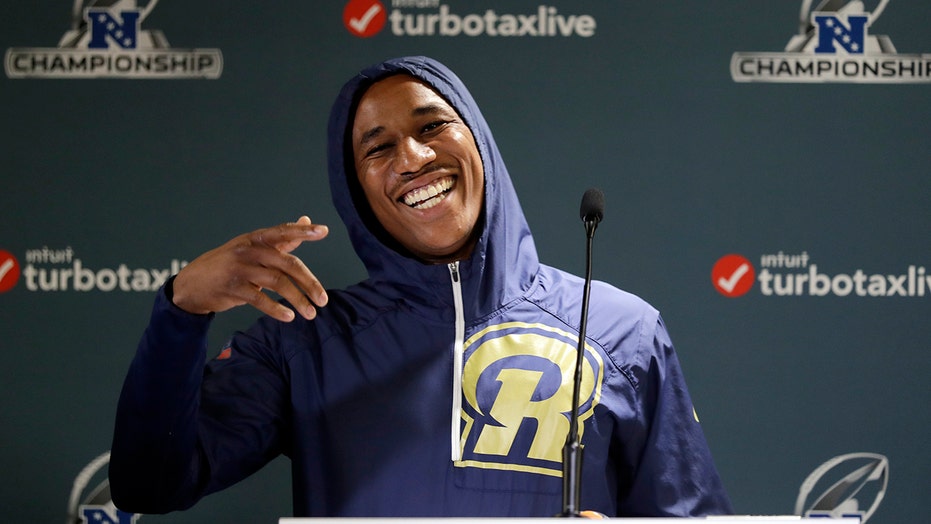 Los Angeles Rams defensive back Marcus Peters made a surprise appearance at a Hawaii television station when he delivered the weather forecast.

The Hawaii News Now anchors threw to Peters, who was billed as the “new weather guy,” before he appeared on the screen.

He also pointed to a couple of spots where he plans to surf.

When Peters was finished giving the weather report, one anchor asked him, “not as easy as it looks, huh?”

The Rams will be back in Hawaii for a preseason game in August against the Dallas Cowboys.  Maybe Peters will be making another weather appearance for Hawaii viewers.