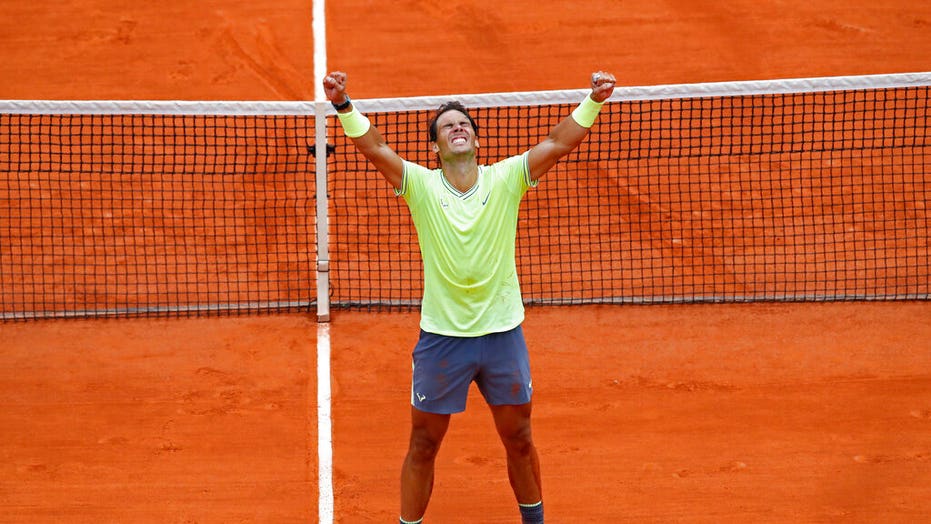 The win marks the first time anyone has won the same major tournament 12 times. The 18th Grand Slam title overall moves Nadal within two of Roger Federer's record among men.

Thiem made it seem as if this one could be much more difficult for Nadal, taking the second set to make it one set apiece.

But the No. 2-seeded Nadal reasserted himself there to grab control. He won 16 of the initial 17 points in the third set en route to collecting 12 of the last 14 games.

No other man or woman has won as many as 12 titles at any of the four Grand Slam tournaments.

When it ended, Nadal dropped to his back on the clay he loves so much, then covered his face with both hands.