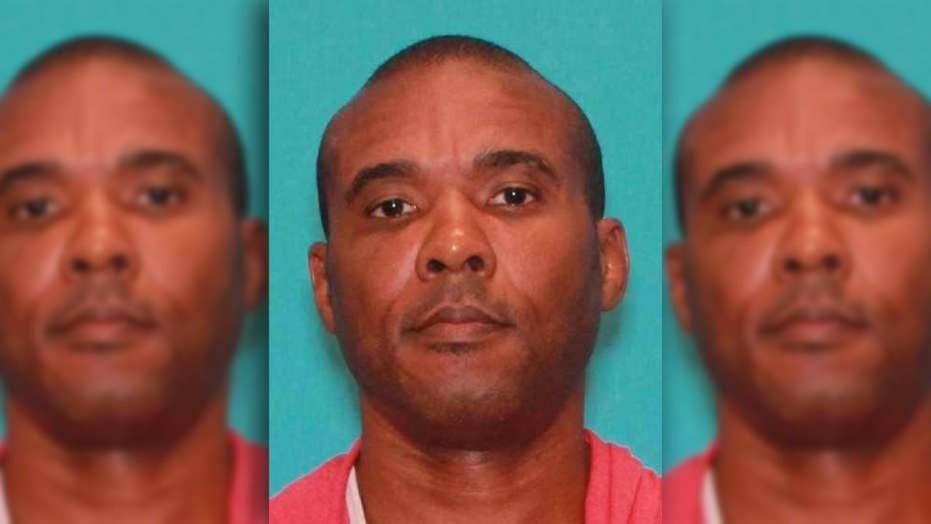 A professional MMA fighter known as “Spider-Man” and his girlfriend have been indicted on capital murder charges in Texas in the killings of the athlete’s ex-girlfriend and her male friend.

Cedric Marks, 44, and Maya Maxwell, 26, were also charged with tampering with evidence in the deaths of Jenna Scott and Michael Swearingin, whose bodies were found in a shallow grave in Oklahoma on Jan. 15, said Bell County District Attorney Henry Garza, who announced the indictments Wednesday.

Swearingin, 32, died of asphyxiation from being strangled, the Austin American-Statesman reported, citing an autopsy report. Scott's autopsy has not been completed, but the indictment said the 28-year-old died from "homicidal violence."

Scott’s family told the paper that she had ended her relationship with Marks because he was abusive.

"I hope that the DA is planning on pursuing the death penalty, that's pretty much what's on my mind right now," Scott’s father, Jonathan Scott, told Austin station KXAN-TV.

Cedric Marks, a 44-year-old MMA fighter, and his 26-year-old girlfriend, Maya Maxwell, have been indicted in Texas on capital murder charges in the killings of two people whose bodies were found in a shallow grave in Oklahoma. (Kent County Michigan Sheriff's Office via AP)

Garza said that a decision on whether the prosecutors would pursue the death penalty will be announced after the case is reviewed.

Marks prompted an “exhausting 9 hour manhunt” in February when he escaped from a private prison van that had stopped at a Texas McDonald’s while transporting him from Michigan, where he was arrested. He was recaptured and taken to the Bell County Jail.

Marks has denied killing Scott and Swearingin. He was being held in the Bell County Jail on $1.77 million bail, according to court records. Maxwell was held on $500,000 bail.

Marks is also being investigated as a person of interest in the disappearance of another ex-girlfriend, April Pease, from Minnesota in 2009, Bloomington, Minn., police told the American-Statesman.

Marks had a pro mixed-martial-arts fighting record of 31-27-0, with his most recent bout listed as being held Sept. 1, 2018, according to Tapology, a database of fighters' statistics.