Alberto Rodríguez Mota had one job: taking a photo of the man that his crew of hired killers was supposed to fatally shoot at an outdoor cafe, according to Dominican authorities.

But the lighting was bad. And the target, an auto-shop owner, was sitting behind a white beverage cooler. In the photo sent to the hit man, he looked like a dark, blurry figure in white pants, the Dominican police chief and attorney-general said.

Hours later, on the evening of June 9, the hitman approached a hulking figure in a dark top and white pants and fired a single shot into his back. Instead of killing his intended target, he had wounded David Ortiz, the baseball superstar almost universally adored in his native Dominican Republic and much of the sports-loving world.

As the former Red Sox slugger lay on the floor of the Dial Bar and Lounge, the hitman's motorcycle driver skidded in a panic and was grabbed by enraged fans, who beat him bloody before handing him over to police. Within an hour of being put into motion, the plot began to unravel. A series of amateurish mistakes soon led to at least 11 arrests. The hired killers seemed to be incapable of doing anything right, from targeting their victim to covering their tracks. 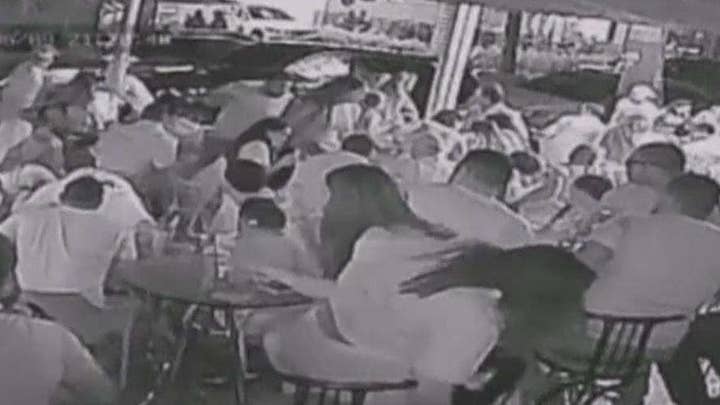 As Ortiz recovers in a Boston hospital, officials say he was the victim not of a bizarre plot against a beloved sports figure but a string of incompetent criminal mishaps that included misidentifying the most famous Dominican in the world, an instantly recognizable 6-foot-3 inch, 250-pound international celebrity.

"It's like they left this in the hands of boys," said Daniel Pou, an independent consultant on public security. "Without a doubt, it was amateurish."

According to the official account, Mota sat down by himself at the bar in Santo Domingo, ordered a beer and waited. When night fell, he got up, phone in hand, and moved out of view in a video that authorities shared with reporters. That's when officials say he took the blurry picture of Sixto David Fernández, who arrived about two hours before the shooting and requested a table so he could accommodate friends that would soon join him, including Ortiz. 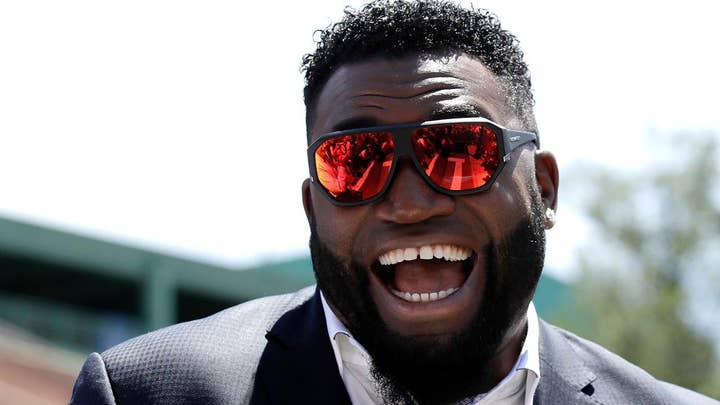 As Fernández waited, Rodríguez sat back down and sent the picture to a low-level drug dealer nicknamed Chuky sitting in an overcrowded prison more than 60 miles away. Once Chuky — real name José Eduardo Ciprián — received the picture on a phone smuggled into prison, he shared it with his top outside contact: Gabriel Pérez Vizcaíno, aka Bone, who then showed it to a small group of mostly young, skinny, tattooed alleged hit men just minutes before the shooting, authorities said.

The picture of Fernández shows him in a black T-shirt sitting at a table with the white cooler blocking the view of his legs. Authorities say the suspects mistakenly assumed he was wearing white pants as they gathered at a nearby gas station. By that time, Ortiz had arrived and taken a seat with his back to the street. He was wearing a black T-shirt, white pants and thick gold jewelry.

Shortly afterward, authorities said, the suspected hit man, Rolfy Ferreyra, approached Ortiz from behind, fired and then fled on a motorcycle allegedly driven by Eddy Feliz García. Minutes later, the driver skidded and fell off his bike and was accosted by fans, according to documents obtained by The Associated Press.

In the hours that followed, the suspects' demands for payment were refused because they shot the wrong person, according to national police director, Maj. Gen. Ney Aldrin Bautista Almonte.

"No, you guys made a mess out of this," he said the suspects were told. 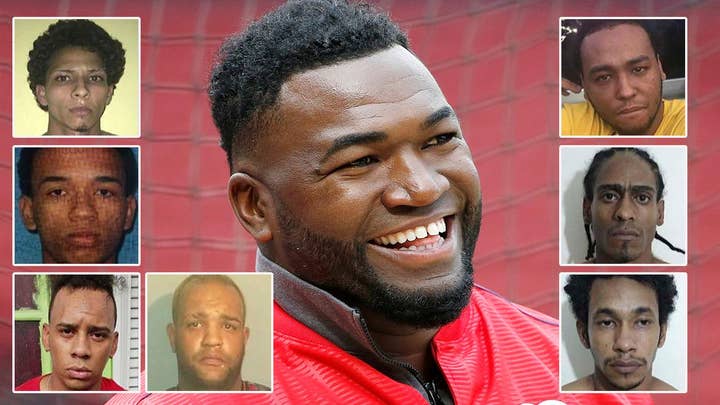 In response, the suspects kidnapped Pérez, Chuky's contact outside of prison. They did not release him until Chuky gave them 50,000 Dominican pesos, roughly $1,000.

Officials did not say when Pérez was kidnapped, but they noted in documents obtained by the AP that a day after the shooting, he tried to get rid of evidence by selling the iPhone 6 used in the attack. Authorities also recovered the gun, which had been buried in the garden of one of the suspect's home. His mother turned it in, according to court documents.

Within three days of the shooting, authorities had detained 10 suspects, all of whom have been ordered to spend one year in preventive prison as the investigation continues.

"They made a lot of mistakes," Francisco Domínguez Brito, a former attorney general, said. "This was basically improvised."

The arrests have helped authorities in the United States file charges in unrelated cases. On Thursday, the suspected shooter, Ferreyra, was indicted on cocaine and heroin possession charges and also a charge of conspiracy to distribute drugs in New Jersey. He also faces state charges in two armed robberies in 2017.

Meanwhile, federal authorities are still looking for the suspected mastermind of the shooting: Victor Hugo Gómez, an associate of Mexico's Gulf Cartel who is wanted on federal charges, including heroin and cocaine possession in an unrelated case in Texas.

Dominican officials said he ordered the shooting of his cousin, Fernández, because he believed he ratted on him to local authorities in a 2011 drug case that led to his imprisonment, where he met a friend of Chuky who also is charged in the Ortiz case.

Fernández, whom authorities say does not have a criminal background, could not be reached for comment. A person who answered Fernández's phone Thursday said he was not available.