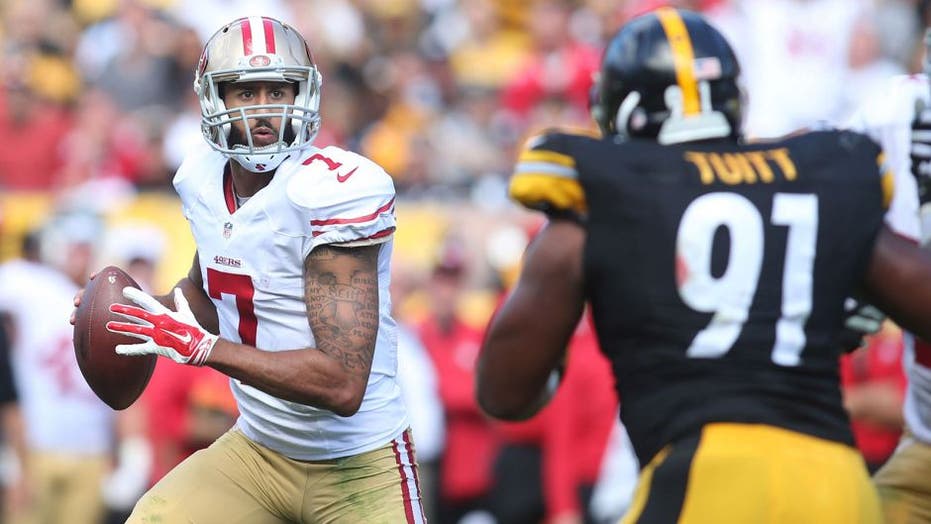 Former NFL linebacker Dhani Jones weighs in on the return of sports amid the coronavirus pandemic on ‘The Daily Briefing.’

Pittsburgh Steelers defensive end Stephon Tuitt said on Monday that he will not kneel during the national anthem this upcoming NFL season.

“Also I’m not kneeling for the flag and screw anybody who have a problem with that,” Tuitt wrote on Twitter. “My grandmother was a immigrant from the Carribean and ... worked her ass off to bring 20 people over the right way. She had no money and educated herself to be a nurse. She living good now.”

In six games last year, Tuitt finished with 22 tackles and 3.5 sacks. He missed the final 10 games of the season after tearing his pectoral.

Earlier in the offseason, Tuitt’s teammate, Cameron Heyward said that the team would protest in unity, however they choose to do so.

“I think we want to stay united in what we do and what we want to accomplish,” Heyward said during a conference call with reporters last month. “Coach T (Tomlin) always told me that if we win a Super Bowl, that's not enough for the city of Pittsburgh. We want to leave a lasting change on our community as well.”

If some of Tuitt’s teammates have different feelings about kneeling, it will be interesting to see how the Steelers approach the national anthem this upcoming season.