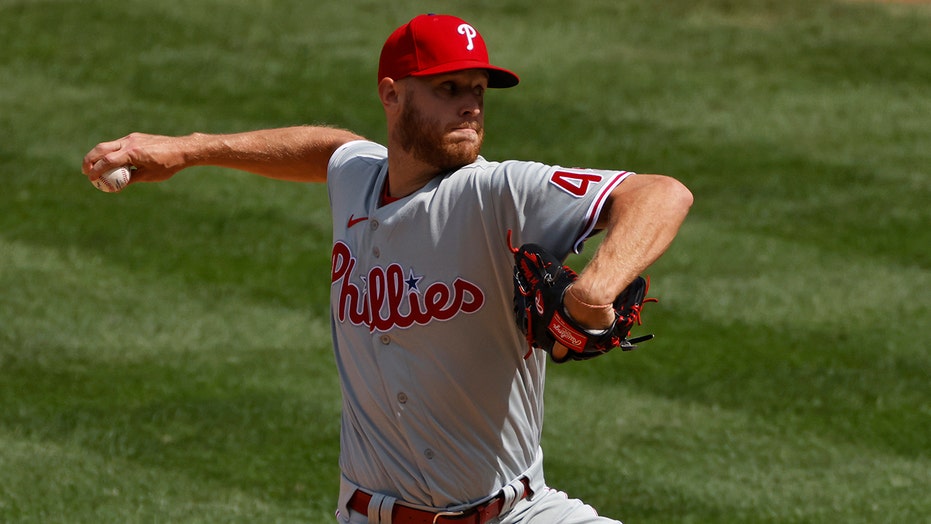 Philadelphia Phillies pitcher Zack Wheeler was scratched from his upcoming start Saturday in a pivotal series against the Miami Marlins after suffering an unfortunate injury during an everyday occurrence.

Philadelphia’s $118 million prized right-handed pitcher hurt his fingernail on his throwing hand while pulling up his pants Wednesday, according to the Philadelphia Inquirer.

FOR THE 'GREAT ONE'; PIRATES, MLB HONOR ROBERTO CLEMENTE

“You can’t make this up,” Phillies manager Joe Girardi told reporters, adding that the finger was “very sore.”

Girardi said Wheeler may not pitch until at least Monday at the earliest.

Aaron Nola is expected to pitch Friday and Spencer Howard will get the start in Wheeler’s place Saturday.

The Phillies signed Wheeler in the offseason from the New York Mets. He has not earned a loss this season and has recorded a 2.47 ERA in eight starts. He also has struck out 36 batters.

Last season, he had 195 strikeouts in 31 starts – his best season of his career.

There are 11 games remaining in the regular season.