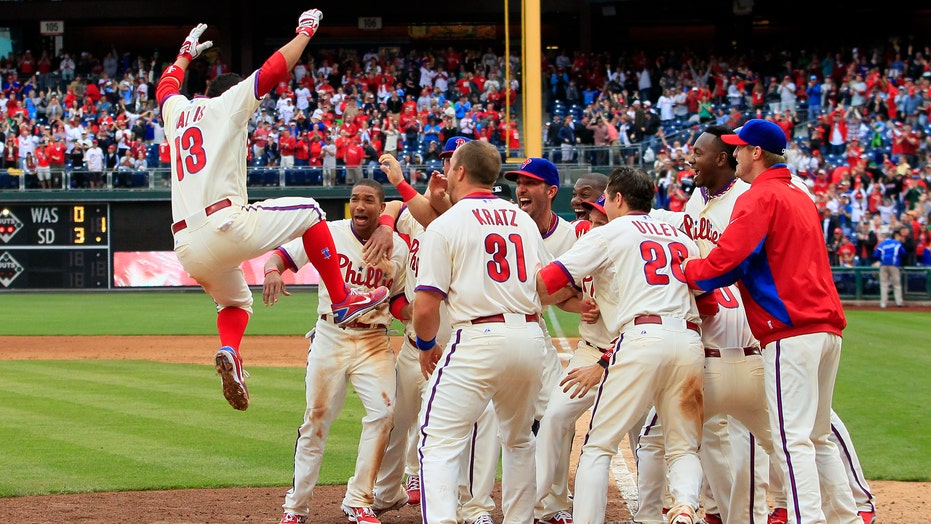 The Philadelphia Phillies on Friday confirmed that five players and three staff members working at their Clearwater, Fla., facility tested positive for the coronavirus.

They said that the first confirmed case came Tuesday and that 12 other staff members and 20 other players living in the Clearwater area were being tested.

MLB, UNION STRUGGLE TO COME TO AN AGREEMENT OVER PANDEMIC-SHORTENED SEASON DESPITE REPEATED DESIRES TO PLAY

“The Phillies are committed to the health and welfare of our players, coaches and staff as our highest priority, and as a result of these confirmed tests, all facilities in Clearwater have been closed indefinitely to all players, coaches and staff and will remain closed until medical authorities are confident that the virus is under control and our facilities are disinfected,” managing general partner John Middleton said in a statement.

The team declined to say how it would impact the 2020 season.

The team did not identify any of the players or staff members who tested positive. It was also unclear whether they were major or minor league players.

Players started to return to the facility as governments began to loosen coronavirus restrictions. Major League Baseball has been on pause since the pandemic shut sports down across the U.S. Owners and players have not reached an agreement to figure out how many games will be played this season.

Clearwater is located in Pinellas County. The county has seen more than 1,900 confirmed coronavirus cases and 102 deaths from the virus.