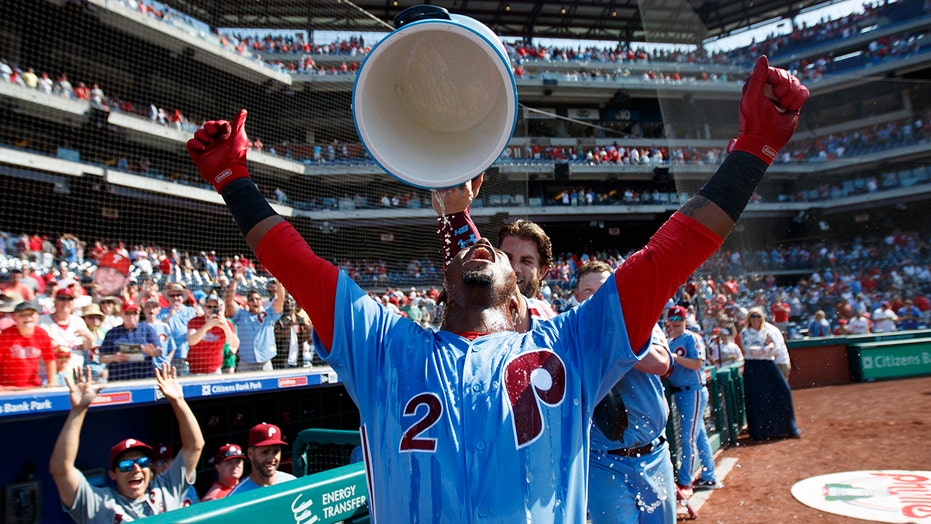 The Philadelphia Phillies are riding a four-game winning streak and have presented themselves as a viable threat to the Atlanta Braves in the National League East division.

And it all could be thanks to a potted bamboo plant that infielder Brad Miller brought to his locker on Monday.

The Phillies began their rally back into second place earlier this week and the plant is being credited for the recent success.

Miller told NBC Sports Philadelphia that the plant would “bring us some wins.” Later that night, the Phillies went on to beat the New York Mets, 13-7. It was the most runs the team had scored in a single game since April.

According to WPVI-TV, Miller went to the store Tuesday and got the largest bamboo plant they had and tried to squeeze some magic out of that. The Phillies were down three runs against the Mets in that game but then scored five straight to win their second in-a-row. Miller capped it off with a homer.

Naturally, the myth of the bamboo plant started to become a thing on social media.

On Wednesday, the Phillies were down 4-1 in the seventh inning when the Phillies’ Twitter account tweeted a “bamboo circle” with plant emojis praying for a comeback. It worked. Philadelphia scored three runs to tie the game and Jay Bruce had the walk-off hit.

The Phillies needed more magic Thursday to beat the Mets again. Philadelphia was down 3-1 in the ninth inning when they exploded for five runs and their fourth straight win.

Whether you believe in the mystical power of the plant or not, the Phillies may have righted the ship thanks to lackluster Mets pitching.

'THUMBS DOWN GUY' LOOKING FOR HELP WITH MEDICAL BILLS AFTER EMERGENCY: 'I CAME REALLY CLOSE TO DYING'

All of a sudden, the Phillies are 4.5 games out of first place in the National League East. They have a three-game set against the Miami Marlins starting Friday. It’s unclear if the plant is making the trip.