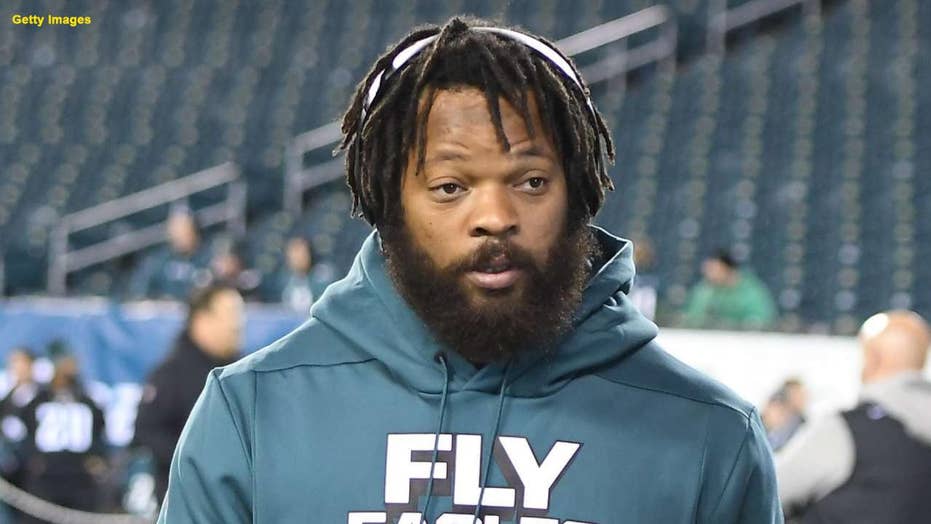 Philadelphia Eagles defensive lineman Michael Bennett was caught confronting a cameraman as he was walking off the field at the end of the team’s loss to the New Orleans Saints on Sunday.

Video captured Bennett walking off the field and getting in the face of a CBS Philadelphia cameraman. It wasn’t immediately clear why Bennett was yelling at the cameraman.

SAINTS VS RAMS: 5 THINGS TO KNOW ABOUT THE NFC CHAMPIONSHIP GAME

It was a rough year for Bennett, who was in his first season with the Eagles.

The NFL launched an investigation into an incident in which Bennett allegedly assaulted a 66-year-old woman at Super Bowl LI in Houston. He was indicted in March on a charge of injury of the elderly, Texas authorities said in a news release at the time.

Bennett was also fined twice this season. He was fined $20,054 for roughing New York Giants quarterback Eli Manning in October, according to Pro Football Talk. He also received a $10,026 fine for an open-hand punch on Chicago Bears offensive lineman Kyle Long.

The 33-year-old defensive lineman, who was traded to the Eagles from the Seattle Seahawks in the offseason, had nine sacks and 34 tackles this season.