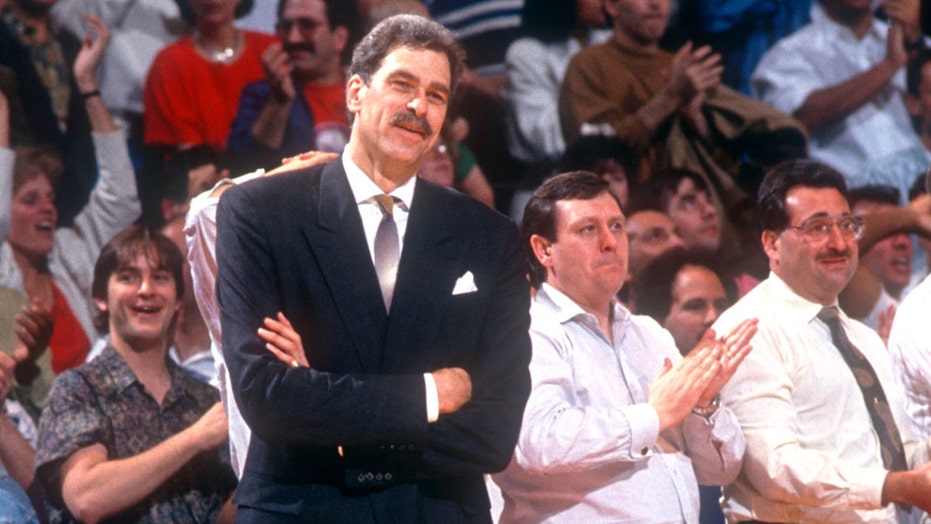 Jackson was a player before he was a coach and a front office executive after he was done coaching.

He was a focal point on ESPNs “The Last Dance” documentary, which covered the Bulls' 1997-98 championship team – the last time the organization won the NBA Finals.

Here are five more things to know about Jackson.

Jackson played 12 seasons in the NBA between the New York Knicks and New Jersey Nets. He was on the Knicks’ 1973 championship-winning team. He averaged 6.7 points and 4.3 rebounds per game during his career.

Jackson was an assistant coach with the Nets from 1978 to 1981 before joining the Bulls’ coaching staff in 1987. He became the Bulls’ full-time head coach in 1989 and never produced a losing record as the team’s head coach.

Jackson got the privilege of coaching Jordan and Pippen for several years and won six championships while at the helm. However, the Chicago dynasty ended after the 1997-98 season because of a rift between general manager Jerry Krause and Jackson.

“Jerry had told Phil Jackson before the season that he could 82-0 and he still wouldn't be back. I married myself to Phil so if he was gone I was going to be gone,” Jordan told “Good Morning America” days before the first two parts of the documentary dropped.

Jackson took a year off of coaching after vowing never to coach again. According to ESPN, Jackson hinted in 1998 that if the Lakers came calling he might be willing to take the job.

“But then, if someone like the Lakers comes after me and wants me to coach a team that's ready to pursue a championship ... what can I do? I have to admit, I watched a little of the Lakers on TV last night.”

He got to lead a talented Lakers team headed by Bryant and O’Neal. He would help the team to five championships in two different stints between 1999 and 2011.

4). TRYING WITH THE KNICKS

Phil Jackson was in the Knicks' front office for some time. (AP Photo/Mark Lennihan)

Jackson took over as president of the Knicks in 2014 and was at the helm of the organization for one of their worst runs. The Knicks failed to make the playoffs and Jackson had a public spat with young player Kristaps Porzingis. He also attempted to buy out the rest of Carmelo Anthony’s contract.

Being the person who made all the personnel decisions wasn’t the right job for Jackson.

5). ON COACHING MJ AND KOBE

Jackson was one of those rare coaches who got to watch the greatness of two NBA players: Michael Jordan and Kobe Bryant. The latter watched and emulated the former’s every move.

In 2018, Jackson compared Jordan and Bryant’s careers. He said one of the most striking differences came from a leadership standpoint.

“Though at times he could be hard on his teammates, Michael was masterful at controlling the emotional climate of the team with the power of his presence," Jackson said. "Kobe had a long way to go before he could make that claim. He talked a good game, but he’d yet to experience the cold truth of leadership in his bones, as Michael had in his bones.”