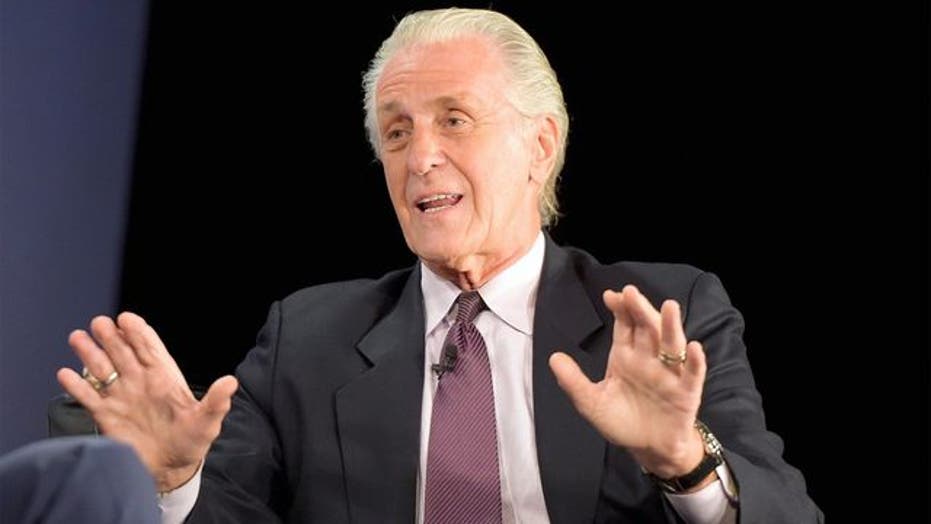 Miami Heat president Pat Riley said in taped comments released Wednesday that he believes the team was on the brink of making a run for another NBA title before the season was shut down.

The Heat were 41-24 and in fourth place in the Eastern Conference before the coronavirus pandemic forced NBA Commissioner Adam Silver to suspend the season. The team was only five games out of the second seed in the conference with the Milwaukee Bucks running away with the No. 1 seed.

“For all intents and purposes, I'm so happy that we turned a lot of things around and we found the right players, the right mix of pick-and-roll players, guys that can post up, and really a couple of guys that can shoot the ball, really shoot the ball. And, so, we're happy for that. And we are very optimistic about moving forward in the future with these players,” Riley said.

Riley said he likes the players that he has now and isn’t focused too much on the offseason, according to the Sun-Sentinel.

STEVE KERR ON WARRIORS' OUTLOOK DURING SHUTDOWN: 'IT FEELS LIKE THE END OF THE SEASON FOR OUR TEAM'

“We like all of our players. I don’t have much patience, you know me. And I want to build another championship team. And we’re close. Maybe we need another player, maybe we need less? I don’t know. The point is that we’re right there and we’re a contender, and I’m proud of that.”

The Heat finished 39-43 last season. The team acquired Jimmy Butler in the offseason and with the improvement of Bam Adebayo, Miami was turned into a contender.

Miami hasn’t made it out of the first round of the playoffs since 2016. The team has only been to the playoffs twice since the Big Three era ended.