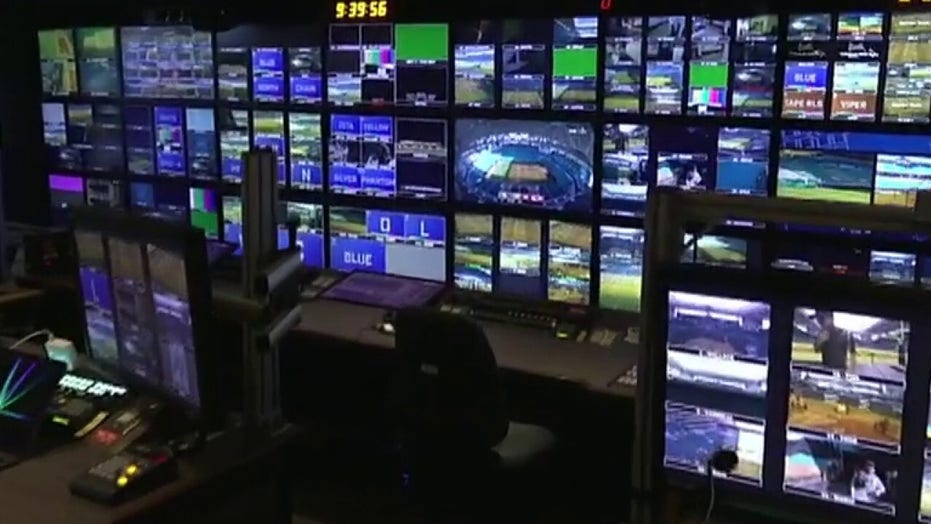 TV cameras were watching as the football team from the Florida high school where 17 people were killed in a mass shooting two years ago ran plays on the field where Super Bowl LIV is being held.

About 50 players from Marjory Stoneman Douglas High School in Parkland took to the Hard Rock Stadium turf Friday as stand-ins for players from the Kansas City Chiefs and the San Francisco 49ers to help Fox camera crews line up the best angles for the Super Bowl.

They ran some plays, went through a walkthrough of the pregame coin toss with referee Bill Vinovich and lined up just as the Chiefs and 49ers will for “The Star-Spangled Banner.”

Afterward, some members of the Parkland team met with performer Demi Lovato, who will sing the national anthem.

“They basically split us up -- one side was the Chiefs and the other side was the 49ers,” Stoneman Douglas coach Quentin Short said. “The smiles I saw on these kids’ faces, the excitement of running out of the tunnels just like the teams will, they were having a blast, man.

"To be on the actual field the Super Bowl is going to be played on, it was awesome.”

The NFL has used high school players as stand-ins at Super Bowl rehearsals for a while. When it came time to extend a team an invitation this year, organizers apparently knew which school to ask.

Stoneman Douglas quarterback Matthew O’Dowd said he understood the significance of getting the chance to be part of the show on the field where 49ers quarterback Jimmy Garoppolo and Chiefs quarterback Patrick Mahomes will battle on Sunday.

“It’s a great experience for the people who get to go and do it,” O’Dowd said. “It was amazing, it was fun and it was a great team-bonding thing. We got to go, meet people, hang out with our coaches … I can’t really describe it. It was just great.”

Stoneman Douglas had one of its best seasons last year, going 8-2 and winning their first district championship in 18 years, the Florida Sun-Sentinel reported.

Among the victims who died were assistant football coach Aaron Feis and athletic director Chris Hixon.