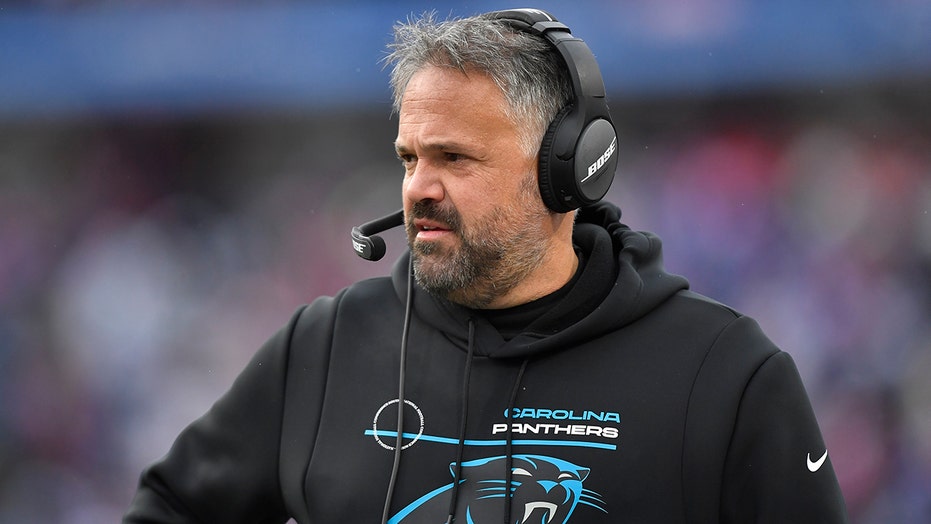 Carolina Panthers coach Matt Rhule made an odd comparison about his team following their blowout loss to the Buccaneers in which Tampa Bay clinched their first NFC South title since 2007.

The second-year coach whose team dropped to 5-10 with the loss compared the process his team is going through with Jay-Z’s come-up in hip-hop.

"I believe it's 1,000 percent working, I just know no one can see it and I apologize. As I tell our team all the time, it took Jay-Z seven years. He had to start his own agency to become an overnight sensation. It takes time," Rhule said, via WCNC-TV.

For what it’s worth, Jay-Z’s debut album "Reasonable Doubt" came out in 1996 and peaked at No. 23 on the Billboard 200 and No. 3 on Billboard’s top R&B/Hip-Hop Albums. The album was produced under the Roc-A-Fella Records label, which was created by Jay-Z, Dame Dash and Biggs in 1995.

BUCS' ANTONIO BROWN RIPS MEDIA AFTER SUSPENSION QUESTION: 'YOU GUYS ARE ALL DRAMA'

Carolina is well on their way to another five-win season with Rhule’s job possibly hanging in the balance.

He’s expected to be on the hot seat as the 2021 season comes to a close. However, CBS Sports reported Sunday the odds of Rhule getting fired are "bleak."

Carolina hired Rhule after he spent a few successful seasons with Baylor and Temple in the college ranks.