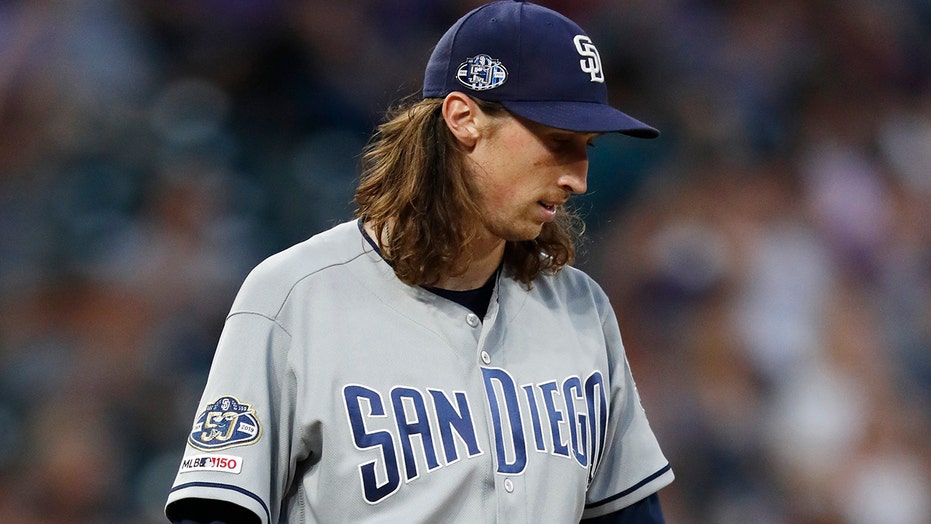 A San Diego Padres pitcher who was ejected Saturday during a game against the Colorado Rockies said his dismissal might have been a misunderstanding.

Matt Strahm, along with teammate Manny Machado and manager Andy Green, was thrown out of the game. Strahm said he was just cheering on his teammate Phil Maton, but umpire Bill Welke may have heard his name being heckled from the dugout instead.

“[I was] cheering on my teammate, Phil Maton,” Strahm said after the game, according to MLB.com. “I think the confusion of 'Phil' and 'Bill' was what happened there. All it was was, 'Come on, Phil.’”

Matt Strahm was ejected from the game against the Colorado Rockies on Saturday. (AP Photo/David Zalubowski)

Regardless, the umpires weren’t having any of it. Strahm was ejected by third-base umpire Mike Everitt in the sixth inning. Welke had previously tossed Machado and Green.

The Padres ended up losing the game 14-8. But the series overall was one for the record books.

San Diego and Colorado combined for a record 92 runs over the four-game set, which made it the highest-scoring four-game series in baseball history.