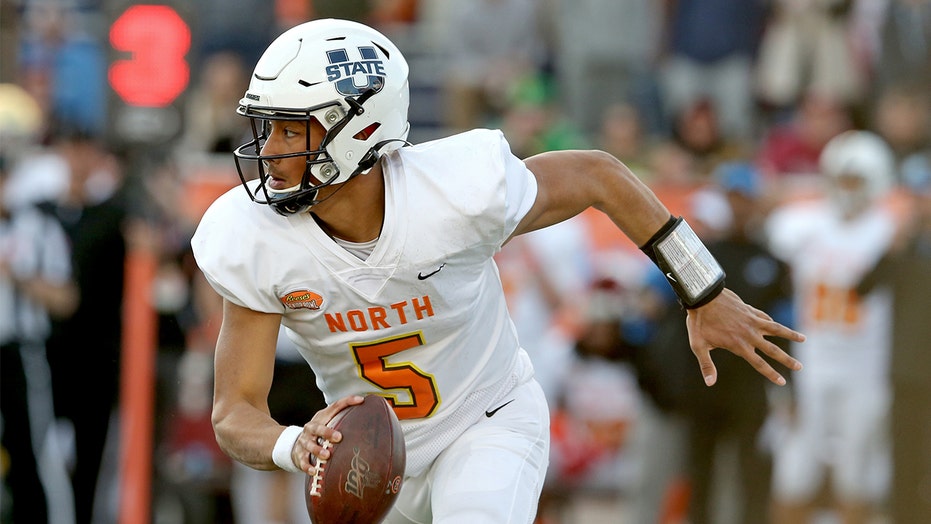 The Green Bay Packers selected quarterback Jordan Love with the No. 26 pick of the 2020 NFL Draft on Thursday.

It was the most shocking pick of the draft considering the Packers have Aaron Rodgers with two seasons remaining on his contract. Most people would have thought the team would have taken a skill position player to help Rodgers out on offense.

JORDAN LOVE: 5 THINGS TO KNOW ABOUT THE 2020 NFL DRAFT PROSPECT

Instead, the team takes the Utah State star and shocks most of the NFL world.

Love, 21, was born in Bakersfield, Calif., where he attended Liberty High School. Despite totaling 2,148 yards and 24 passing touchdowns, Utah State was the only FBS program to offer him a scholarship.

His best season was in 2018. He earned second-team All-Mountain West honors for the Aggies after totaling 3,567 yards and 32 touchdowns. He was also named MVP of the 2018 New Mexico Bowl.

Love totaled 3,402 yards for 20 touchdowns this past season. He threw a Football Bowl Subdivision high of 17 interceptions, more than his first two seasons with the Aggies combined.

Green Bay will now have to address the latest uncertainty from the fans after apparently putting their franchise quarterback in a precarious position.