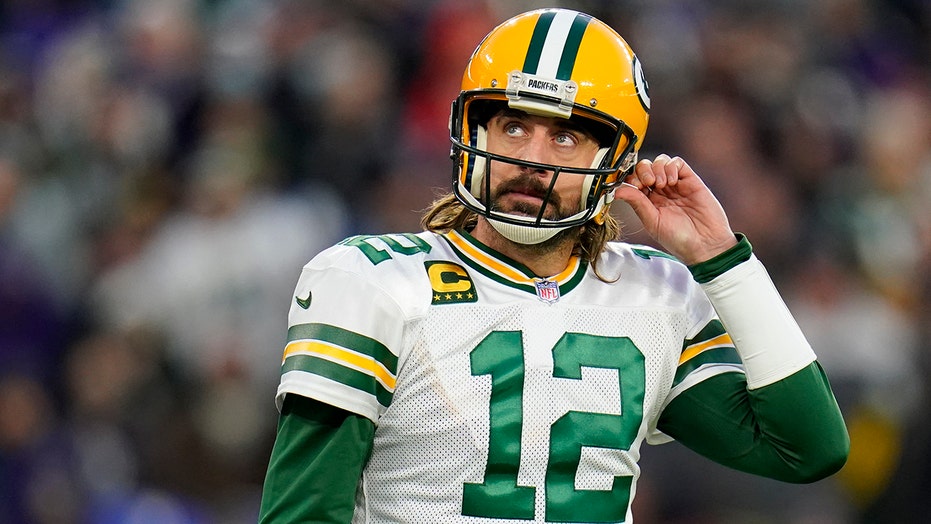 Aaron Rodgers has sounded off on COVID-19 again this week.

The Green Bay Packers quarterback clarified that he supports "the freedom to choose what’s in your best interest." But he took aim at a lack of tolerance surrounding the vaccine debate.

Rodgers tested positive for COVID-19 in November when it was revealed he had not been vaccinated after he had initially told the media he had been "immunized" against the virus.

Since then, the veteran quarterback has been targeted for his alternative approach to protecting himself against the virus and his take on the vaccine. During his Tuesday appearance on "The Pat McAfee Show," Rodgers revisited the issue.

Rodgers referenced the record number of players added to the reserve/COVID-19 list this month adding, "There’s still zero conversation, at least publicly, around treatment options for people that test positive."

Rodgers previously said on the podcast that he’s not an anti-vaxxer and has received monoclonal antibodies and taken ivermectin, via NBC News. He also claimed to have an allergy to an ingredient in mRNA vaccines.

Green Bay Packers quarterback Aaron Rodgers (12) hands the ball off to running back A.J. Dillon during the first half Oct. 17, 2021, in Chicago. (AP Photo/Nam Y. Huh)

Rodgers said Tuesday that "behind the scenes" many teams have used or recommended the same treatment plans that he used in his recovery.

"If science can't be questioned, it's not science anymore. It's propaganda, and that's the truth," he said. "When did science become this blind agreement and not having any debate over what can actually heal people and work for people? That makes no sense to me."

Rodgers said that while he has his strong beliefs regarding his position on the vaccine, he takes no issue with those who opt for the shot.

"I don’t have a problem if somebody is vaccinated. It’s your body, your choice," he said. "I made a decision that was in the best interest of my body and that’s what it should be. There should be the freedom to choose what’s in your best interest."