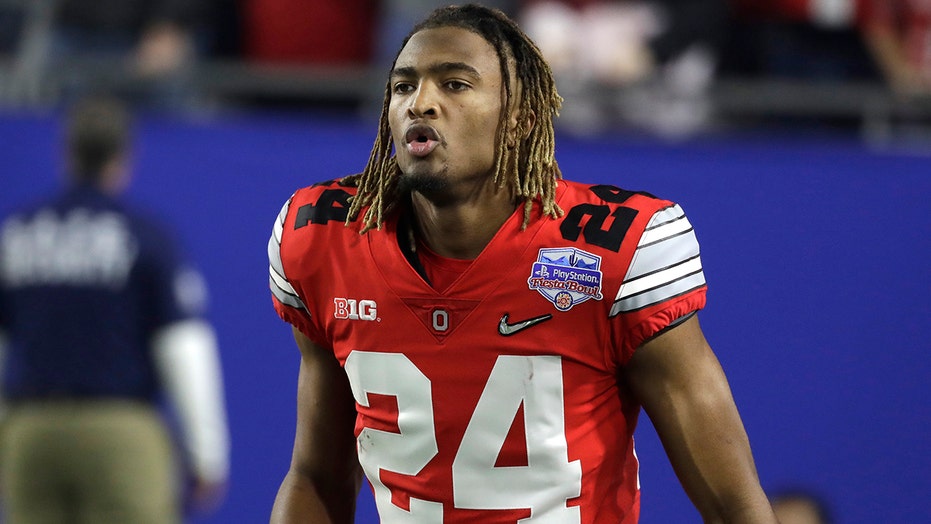 Randy Wade, father of Ohio State cornerback Shaun Wade, weighs in on the Big Ten announcing the return of the football season on ‘Fox &amp; Friends.’

Ohio State cornerback Shaun Wade said Thursday he was opting back into the college football season after the Big Ten Conference announced the reinstatement of the fall sports schedule.

Wade had announced his intention to enter the NFL Draft as the Big Ten was still humming and hawing about what to do about fall sports, in particular college football, as other conferences around the nation had not postponed their seasons. The cornerback said on ESPN he was going back to the Buckeyes.

“Really, back in January, I didn't go to the draft and my goal was to come back, be a captain, get my degree,” he said. “And they didn't cancel football. Now it's back. So since it's back, we've got a chance to win a national championship. That's been my goal since day one.

Wade had previously said that he opted for the draft and hired an agent but never signed any paperwork. The NCAA could investigate the situation as rules state that anyone who signs with an agency is deemed to be ineligible.

Wade said a controversial ejection during a College Football Playoff game against Clemson was part of the reason why he came back.

“I can't go out like that, on that last targeting play,” Wade said. “I gotta come back and do great things for the Buckeye Nation and just for my teammates. So, really looking forward to it. Can't wait until Oct. 23rd or 24th, whenever we play. I'm just looking forward to it; I'm very, very excited.”

The star defensive back played in 11 games during his sophomore year in 2019. He had 26 total tackles, two sacks and an interception.