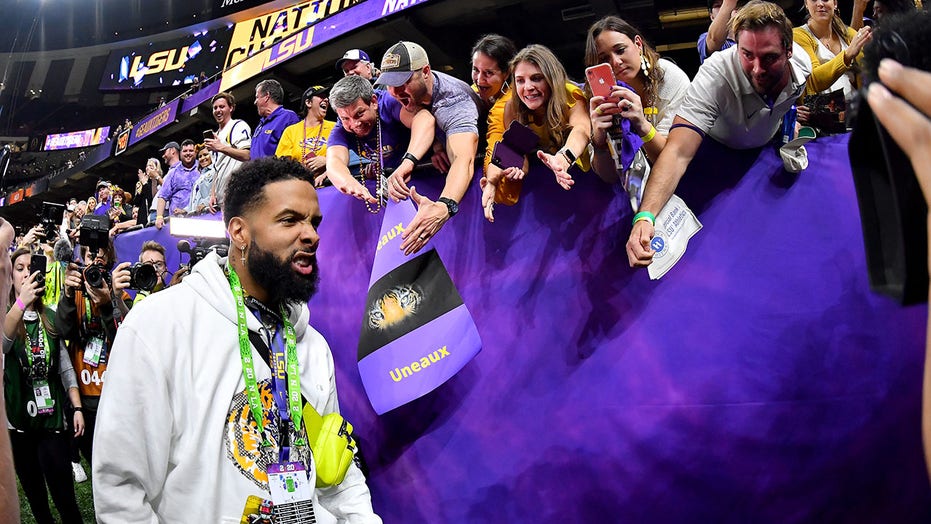 An arrest warrant issued for Odell Beckham Jr. after he was seen slapping the backside of a security guard in the LSU Tigers locker room earlier this week may be withdrawn after the officer reportedly signed an affidavit Friday night saying he no longer wished to press charges, sources said.

The New Orleans Police Department issued a warrant for Beckham’s arrest Thursday on one count of simple battery after a video surfaced showing the Cleveland Browns’ wide receiver smacking the butt of a 48-year-old Superdome security guard but just one day later, the officer moved to dismiss the charge.

According to multiple sources who spoke to NOLA.com, the officer met with NOPD Wednesday morning wanting to press charges but on Friday evening, he signed an affidavit wanting to rescind the charge as he did not believe it was a criminal matter.

Police have not yet said if they will withdraw the warrant.

Trouble began Monday night following the national NCAA football championship game. Beckham, a former LSU Tiger, was seen celebrating with the players in the locker room after they bested Clemson University for the title.

In the original arrest warrant obtained by NOLA.com, the stadium officer was asked to enforce a no-smoking policy in the LSU locker rooms. Players were told to put out the cigars they were lighting and it was at that point when the Beckham came over and slapped the behind of a security guard speaking to one of the players.

The officer said he wanted to punch the wide receiver in retaliation but did not. According to the warrant, he had the authority to arrest Beckham on the spot but did not, citing the “jovial atmosphere.”

Beckham also came under fire for apparently handing out money to LSU players after the game. He was seen in a video appearing to give $100 bills to Tigers wide receivers Justin Jefferson and Jontre Kirklin.