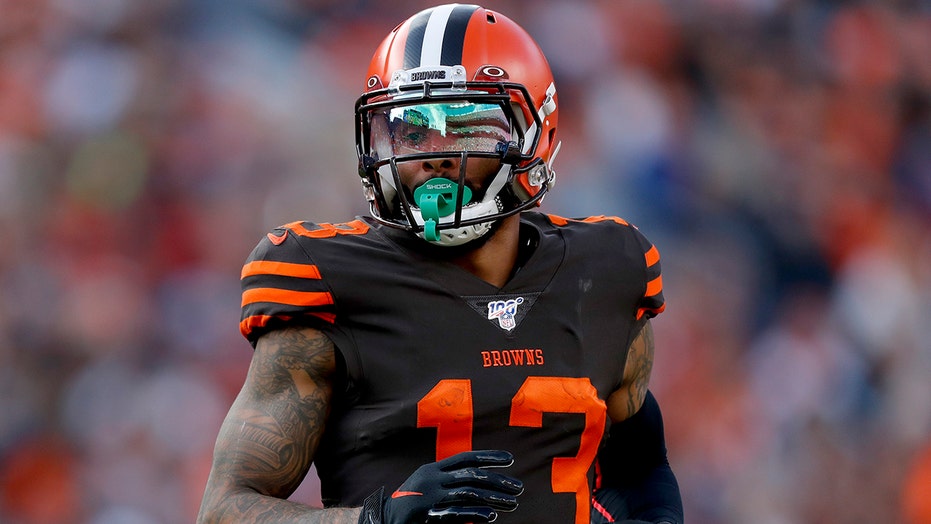 Cleveland Browns star Odell Beckham Jr. reportedly has a warrant out for his arrest in New Orleans in connection to an incident with a security guard in the LSU Tigers locker room after the national championship game Monday.

A simple battery warrant was issued and signed by a judge Thursday, a law enforcement source told WDSU-TV.

Beckham is seen in a video confronting a security guard who was telling LSU players not to smoke in the locker room. Beckham appeared to smack the guard on the butt. There didn’t appear to be a confrontation between the wide receiver and the guard afterward, but it wasn’t clear what was said between Beckham and the guard.

The Browns said Beckham was cooperating with authorities on the issue.

Beckham, an LSU alum, has come under fire since the national championship for apparently handing out money to LSU players after the game. He was seen in a video appearing to give $100 bills to Tigers wide receivers Justin Jefferson and Jontre Kirklin.

LSU quarterback Joe Burrow said in an interview on the Barstool Sports podcast “Pardon My Take” that Beckham was giving money to players. However, it wasn’t clear whether Beckham was handing out real money or novelty cash.

LSU said in a statement Wednesday it was investigating the matter.

“We are aware of the situation regarding Odell Beckham Jr. interacting with LSU student-athletes and others unaffiliated with the team following the championship game Monday night. Initial information suggested bills that were exchanged were novelty bills. Information and footage reviewed since shows apparent cash may have also been given to LSU student-athletes. We are in contact with the NCAA and the SEC immediately upon learning of this situation in which some of our student-athletes may have been placed in a compromising position. We are working with our student-athletes, the NCAA and the SEC in order to rectify the situation.”