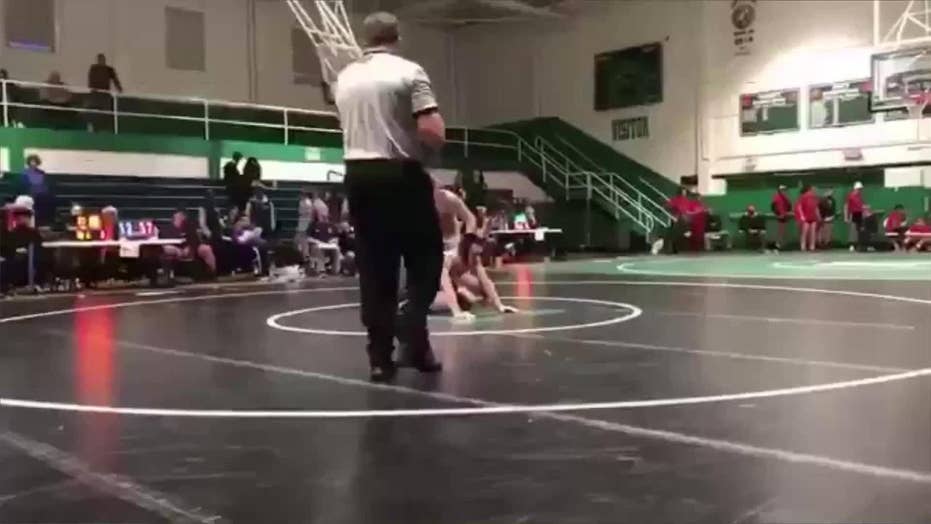 One North Carolina father has been arrested after allegedly tackling his son’s high school wrestling opponent. One witness said the student used an illegal move on the man's son which prompted the father's tackle.

A father in North Carolina was arrested Saturday after police say he tackled a high school wrestler who has just slammed his son to the ground during a tournament.

Barry Lee Jones, who was charged with simple assault and disorderly conduct, allegedly tackled a student-athlete from Southeast Guilford High School, which is in Greensboro, Fox 8 reported. His son attends Hickory Ridge High School. Neither student were identified.

A video sent to WFMY News 2 claims to show the incident unfold. The video reportedly shows two students wrestling when the student from Southeast Guilford slams his opponent to the mat.

One self-described witness told the Independent Tribune that the father was prompted to respond due to the move that is known as a "suplex."

Fox 8 reported that the mat's expert motioned that he was going to call the move illegal. But that was when the student-athlete was tackled by someone charging from the audience who police identified as Jones.

The Southeast Guilford athlete was not injured, according to reports.

Sharon Contreras, the superintendent of Schools for Guilford County, told Fox 8 that the situation was “very unfortunate.”

"I want to say that the parents from that high school wrote us a lovely letter saying they were equally appalled. It's not who they are as a community,” she said. And I certainly apologize to the students at both high schools who experienced that, particularly the student who was attacked."