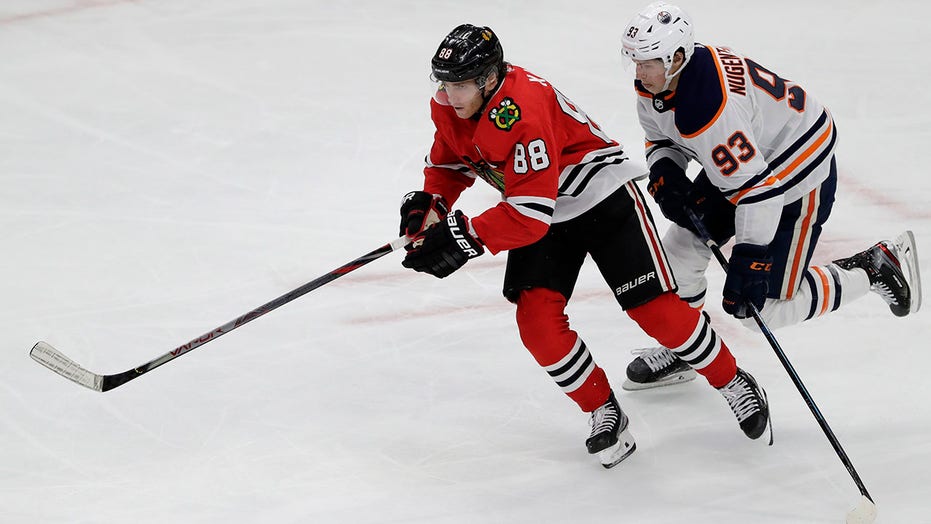 John Tavares took his sticks home from the rink in Toronto to tape them up so he wouldn’t waste his limited time there.

Across the border, Andrew Copp is waiting things out in the U.S. before returning to Winnipeg for the start of mandatory training camps because of Canada’s 14-day quarantine regulation because of the coronavirus pandemic.

NHL players could start participating in voluntary small-group workouts, and teams began opening their training facilities Monday. Players learned Thursday training camps can open July 10, pending an agreement on returning to play later this summer. Now, the players are expected to trickle back in preparation of the resumption of the season.

“We’ve obviously got quite a few of our guys here in town and here at the facility kind of getting on the same page, which is great,” said Tavares, the Maple Leafs' captain. “We’ve got a lot of guys that are still trying to figure out their situation, but obviously have some very good setups and understand their importance to get things up to speed.”

Getting back to games will take the league and players agreeing on testing and health-and-safety protocols amid the pandemic. They already signed off on a 24-team playoff format, developed a protocol for initial workouts and set a potential start for camps.

Players started skating by the handful this week in places like Boston, Chicago, Toronto, Pittsburgh, Columbus and Edmonton, while some teams waited to open their doors. Veteran Nashville general manager David Poile said that while almost a dozen players remained in the area, the NHL has instructed teams not to ask or encourage players to show up because this stage is voluntary.

GMs expect players to adjust along the way.

“Every situation will be different and unique depending on what they have available to them in the areas they are at,” New York Islanders GM Lou Lamoriello said. "No different than a normal training camp when some players come in two weeks ahead of time because they don’t have the ice time in their area that maybe they can get here, and then other players will wait because they’re working out with a lot of players in the area they’re at.”

There might be a higher volume of participation in places like Toronto, with more players naturally in town. Sidney Crosby and some Penguins teammates are already on the ice at their shiny practice rink, and the Blue Jackets reported eight or nine players skating daily in different groups.

Up to six players are allowed on the ice at a time with a coach. Tavares described the slice of normalcy as “a breath of fresh air” even as others around the league opted to stay home and skate on their own.

“I’m not sure exactly how much you can do together out there to get a whole lot out of it,” Montreal captain Shea Weber said. “Who really knows, to be honest with you. There’s so many uncertainties with everything that’s going on, with everything that might be going forward here.”

Now that there's a July 10 date to start camps, there could soon be a flood of players lacing up their skates and returning to their home cities. Canada requires anyone entering the country to quarantine for two weeks, and the Centers for Disease Control and Prevention recommends the same for those returning to the U.S.

Commissioner Gary Bettman said 17% of players are overseas. Many are in Sweden and, as a result, have been able to skate for several weeks.

“If a player went back to Finland and he’s been training and ready to go and he comes back to Nashville and he has to sit at home for 14 days, that kind of defeated the whole purpose of going home in the first place," Poile said.

Copp said recently from Michigan he was considering relocating to Florida to get his skating legs back but would try to wait out Canada’s quarantine before trying to get back to the Jets’ facility.

“I need to be on the ice,” Copp said. “We are building up right now. I’ve been training off the ice and I feel like going back and sitting in my apartment for two straight weeks in Winnipeg is not going to be good for me, mentally or physically.”