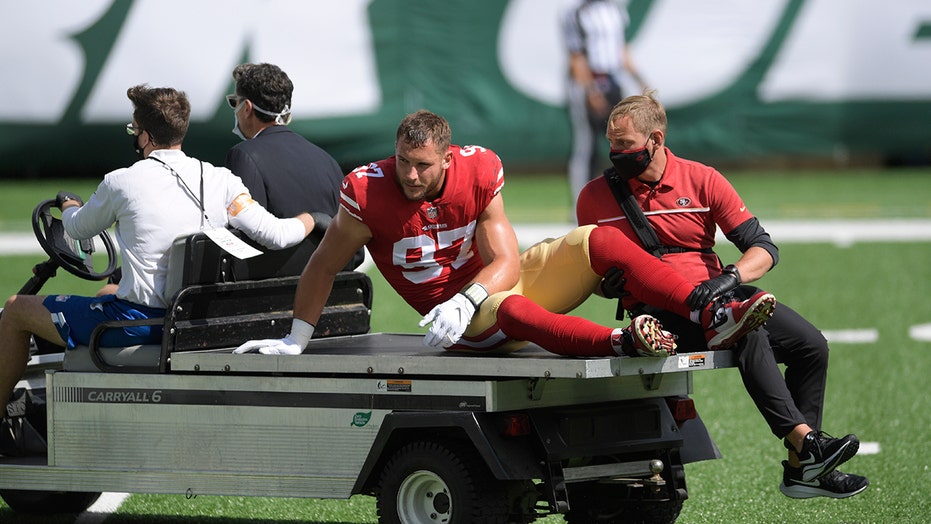 The NFL Players Association is asking that the 32 league teams change all field surfaces to natural grass because of injury concerns.

Union president JC Tretter said in a statement on Wednesday that artificial turf is significantly harder on the body than grass.

He cited the NFL's injury data from 2012-18 that the contact injury rate for lower extremities was higher during practices and games held on turf. And that NFL players experienced a much higher rate of noncontact lower extremity injuries on turf compared to natural surfaces.

He also said that cold-weather teams such as the Packers, Steelers, and Browns have natural grass fields. And indoor stadiums in Arizona and Las Vegas have figured out how to have a natural grass playing surface.

Earlier this season, the San Francisco 49ers complained about the surface at MetLife Stadium in New Jersey after losing several key players, including Nick Bosa and Solomon Thomas, to injuries in a Week 2 win over the Jets. The league inspected the playing surface and said it met all applicable standards and protocols. The 49ers played the following week again at MetLife and beat the Giants.