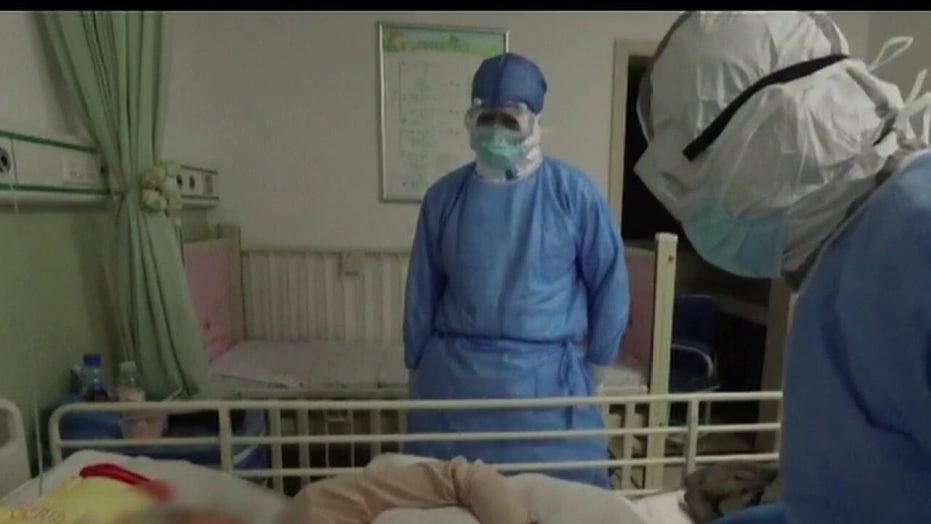 Rick Pollack, American Hospital Association CEO, discusses the importance of getting hospitals the supplies and equipment to hospitals on the frontlines to deal with coronavirus

The NFL and its general managers are reportedly in a skirmish over whether to reschedule the draft amid the coronavirus pandemic, which makes team physicals and scouting difficult.

A general manager subcommittee voted Tuesday to recommend Commissioner Roger Goodell to move the draft from its scheduled dates, which are April 23 to April 25, ESPN reported.

NFL TO MAKE CHANGES TO DRAFT PROCESS AS LEAGUE MOVES ON FROM VEGAS OVER CORONAVIRUS: REPORT

General managers are reportedly concerned there won’t be enough time to gather information about prospects before the draft because of safety precautions surrounding physicals and workouts due to the pandemic. The league has moved back only one league meeting and canceled public, draft-related events in Las Vegas.

Some team officials argued that it would put them at a disadvantage since some facilities are open for workouts and a handful of states are locked down, ESPN reported.

“I think a lot of owners aren't sold on keeping it on schedule,” a league source told the media outlet. “Of course, the power owners are calling the shots. Plus, add to the fact that April is going to be the toughest month with this virus. It's really a poor look,” the source added.

The league already is set to make drastic changes to the selection process. Instead, the draft is expected to be conducted from inside a television studio, and it will not be in Las Vegas at all, according to the Los Angeles Times. The exact location of the studio is unknown.

With teams already banning travel for personnel ahead of the draft, it's unlikely all 32 would risk exposing themselves to the coronavirus. So far, New Orleans Saints head coach Sean Payton is the only member of the NFL community to test positive for the virus.