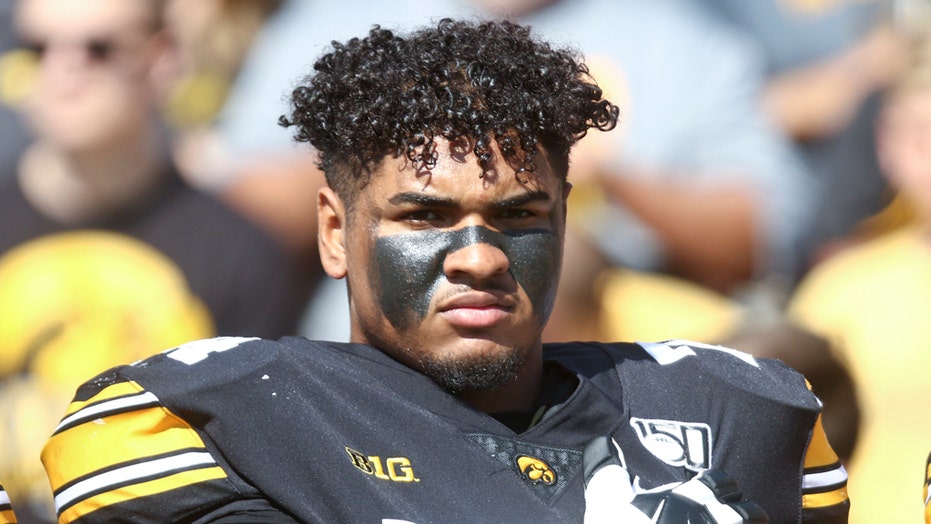 Offensive lineman Tristan Wirfs is expected to be a first-round pick when the 2020 NFL Draft kicks off on Thursday night.

Wirfs is one of the top offensive lineman prospects heading into the draft, playing three seasons at Iowa before deciding to go pro. He was one of 10 true freshmen to play for the Hawkeyes and the first true freshman to start on the offensive line since Kirk Ferentz took over as head coach.

TRISTAN WIRFS: 5 THINGS TO KNOW ABOUT THE 2020 NFL DRAFT PROSPECT

From there, he blossomed into a top tackle with NFL potential.

Just hours before the draft, a video of Wirfs was posted inviting his mom, Sarah, to walk down the red carpet in front of their home in Iowa.

HERE'S EVERYTHING YOU NEED TO KNOW ABOUT THE 2020 NFL DRAFT

In his final season at Iowa, Wirfs was named the Big Ten Offensive Lineman of the Year and was named to the First Team All-Big Ten.

NFL teams who are looking to upgrade their offensive line could potentially take Wirfs. He’s had ties to the New York Giants at No. 4 overall, as well as the Los Angeles Chargers at No. 6, and the Arizona Cardinals at No. 8 overall.