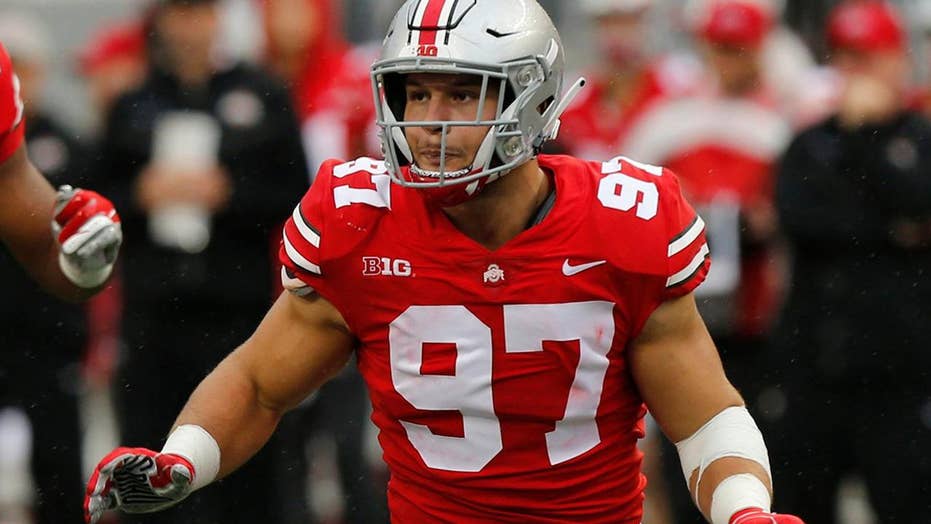 Ohio State defensive end Nick Bosa is expected to be one of the top picks in the upcoming NFL Draft and opened up about his politics in an in-depth interview published Wednesday.

Bosa, who regularly tweeted about his support for President Trump and his disdain for jobless activist quarterback Colin Kaepernick, revealed to ESPN he deleted those tweets over fears he may not be fully embraced by the city of San Francisco should he get drafted to the 49ers at the end of the month.

“I had to,” Bosa told ESPN. “There is a chance I might end up in San Francisco.”

Screenshoted tweets showed Bosa calling Kaepernick, the former 49ers quarterback who claimed NFL owners were colluding to keep him out of the league because of his decision to kneel during the national anthem, a "clown." He also created a stir over his opinions on Beyonce’s music.

The 49ers have the No. 2 pick in the draft and it’s unclear what the team will do with it. According to NBC Bay Area, draft experts believe Bosa could land with the Niners.

Bosa played three seasons with Ohio State and collected 29 sacks in that time. He cut his season short last year after suffering an injury and deciding to focus on the draft.