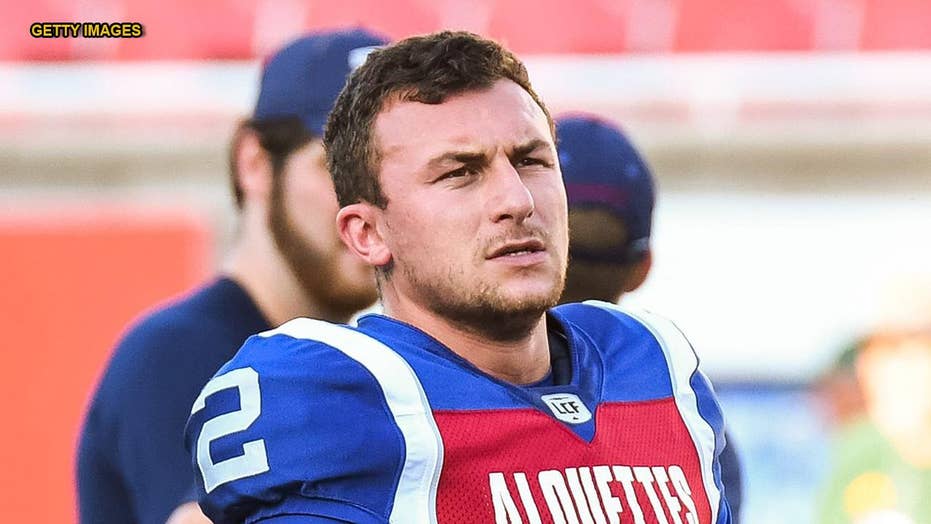 College football star-turned-lackluster professional Johnny Manziel is supposedly turning over a new leaf, and revealing a new name, now preferring to go by John Manziel. Manziel is hoping the name change will aid him as he attempts to move forward in his career. He's hoping to get another shot in the NFL after his initial short run with the Cleveland Browns, which led to his stints in the Canadian Football League and Alliance of American Football.

Things haven't worked out quite like Johnny Manziel hoped they would. Maybe John Manziel will have better luck.

The former college football star-turned-professional bust appears to be turning over a new leaf after failed runs in the NFL and Canadian Football League and a shortened season with the Memphis Express of the Alliance of American Football.

Manziel, speaking to the “Dan Patrick Show” on Sunday, said he wants to go by John now instead of Johnny.

“I have a little update for you. I actually go by John these days. So, I’m kind of just turning over the page and moving forward a little bit,” he said.

But "John Football" doesn't really have the same ring to it.

Manziel added he’s hoping to get another shot in the NFL after a short run with the Cleveland Browns, which led to his journey to the other football leagues.

“All I want is an opportunity to come in and prove that, I believe, I’m a different person these days,” he told the show. “I believe that I’m willing to put in the work to get to where I want to be, and I’m not scared of that anymore.”

If Manziel should get another shot at the NFL, he would be on a short list of AAF quarterbacks who signed with an NFL team.