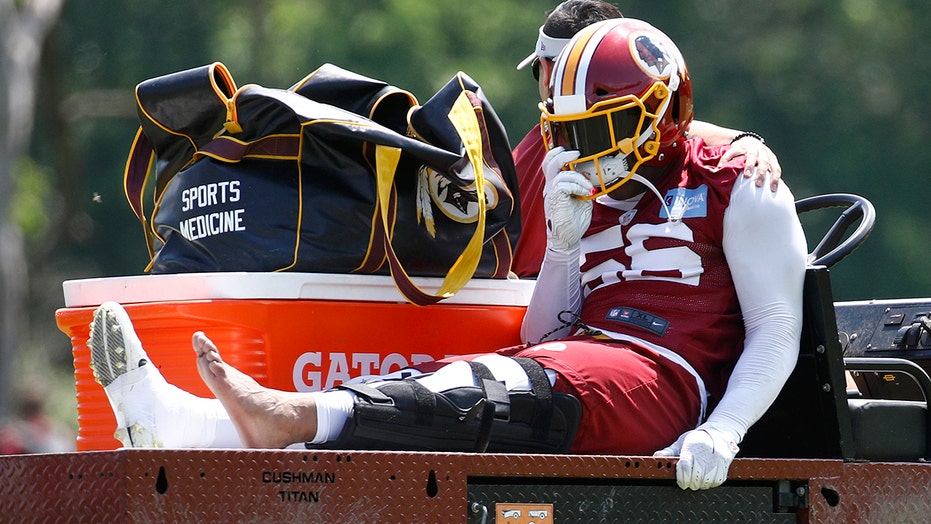 Washington Redskins linebacker Reuben Foster is slowly recovering from a major leg injury he suffered during a May practice, which also resulted in severe nerve damage in his foot.

Foster’s agent, Malki Kawa, told NFL.com on Sunday that Foster was beginning to regain feeling in his foot again months after suffering a torn ACL, LCL and MCL.

According to NFL.com, Foster was using a BioXcellerator to help regenerate some body parts using stem cells and cellular therapies.

“He's regaining feeling and power,” Kawa said. “It shows the nerve is firing. When he moves his leg upward, he can feel around the ankle and the top part of the foot. That's a new thing. The next 60 days are going to be big as far as getting back to normal.”

The Redskins acquired Foster off waivers from the San Francisco 49ers in November 2018 – two days after the Niners released him following his arrest in connection with a domestic violence allegation. The charges against Foster were later dropped and the NFL decided not to suspend Foster.