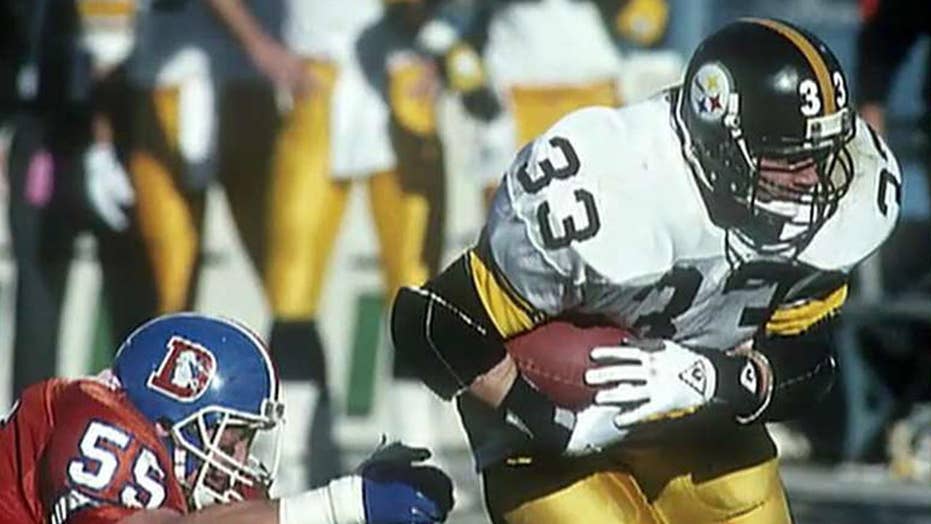 The NFL regular season may be over, but that doesn't mean people are done getting sacked.

With the end of the 2018 slate for non-playoff teams comes the inevitable pink-slip fest known infamously as "Black Monday," when most teams looking to make a leadership change fire their head coach.

It tends to happen quickly -- at least six teams announced firings this year before 10 am E.T.

Here are the coaches who found themselves out of a job on Monday:

A few hours after the New York Jets wrapped up their season on Sunday with a 38-3 loss at New England, the team announced that Todd Bowles time with the team was over.

The Jets got off to a solid start under Bowles, who guided them to a 10-6 record in his inaugural season, but New York just missed out of the playoffs in Year 1 and then fell far short in each subsequent season.

"I would like to thank coach Bowles for his dedication to the New York Jets for the last four years," Jets Chairman and CEO Christopher Johnson said in a statement. "After carefully evaluating the situation, I have concluded that this is the right direction for the organization to take. I would like to wish Todd, Taneka and their family only the best."

Denver Broncos head coach Vance Joseph, center, reacts on the sideline during the second half of an NFL football game against the Los Angeles Chargers, Sunday, Dec. 30, 2018, in Denver. (AP Photo/Jack Dempsey)

After back-to-back double-digit losing seasons with the Denver Broncos, Vance Joseph was shown the door.

Joseph met with general manager John Elway on Monday after his team finished its 6-10 season and was dismissed with two years and about $6 million left on his contract.

Joseph acknowledged after the Broncos' 23-9 loss to the Los Angeles Chargers on Sunday -- in which there were more than 12,000 no-shows at Mile High Stadium -- that a two-season record of 11-21 wasn't good enough by Broncos standards.

Dirk Koetter, the coach of the Tampa Bay Buccaneers was fired Sunday night a little more than three hours after the Bucs concluded a disappointing season with a 34-32 loss to the Atlanta Falcons.

Koetter was promoted from offensive coordinator to his first NFL head coaching position when Tampa Bay fired Lovie Smith in January 2016. He led the Bucs to a 9-7 record that year -- but followed up with consecutive 5-11 finishes.

"Whatever is going to happen is going to happen, and that's just the way this business works," he said during his postgame news conference Sunday. "If this is the last one for me, I appreciate the opportunity they gave me. It's awesome to be a head football coach in the NFL. Coaching in the NFL period is awesome. It's the best of the best."

Koetter, who had a 19-29 record, was dismissed after meeting with team ownership.

"We sincerely appreciate the hard work and commitment shown by Dirk over the past several years," Bucs co-chairman Joel Glazer said in a statement.

Adam Gase was fired Monday after three seasons as the Miami Dolphins coach, including a 7-9 finish this year.

Gase confirmed his dismissal in a text message Monday to The Associated Press.

Owner Stephen Ross made the move after Gase went 23-26 with the Dolphins. The Dolphins will miss the playoffs this year for the 15th time in the past 17 seasons.

Arizona Cardinals Coach Steve Wilks told staff on Monday he will not be back with the team, the Arizona Republic reported.

Wilks was let go after completing a 3-13 season, which tied the franchise mark for the fewest wins in a season since the team moved to the state.

“I walked into this organization with integrity and, whenever that times comes, I am going to walk away with integrity," he previously told The Republic about his job security.

The Cincinnati Bengals fired coach Marvin Lewis after 16 years with the team, wrapping up what was the second-longest head coaching tenure in the league.

Lewis leaves Cincinnati with an 0-7 mark in the postseason, the worst record by an NFL coach. The Bengals haven't won a playoff game since the 1990 season, tied with Washington for the fifth-longest streak of futility in league history.