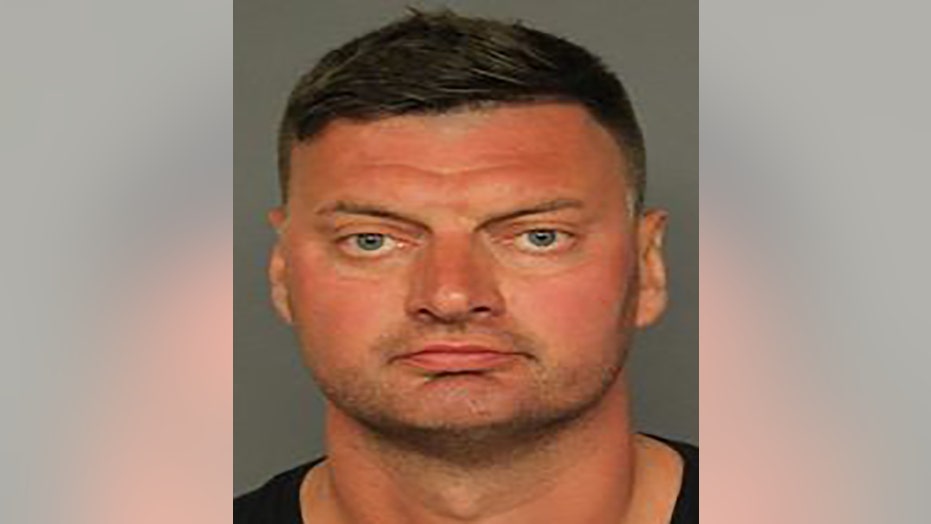 The brother of Denver Nuggets star Nikola Jokic was arrested last week for allegedly choking and pushing a woman as she tried to leave his apartment.

Strahinja Jokic, 37, was drinking with the unidentified woman in a Denver apartment and, when she tried to leave, he allegedly shoved her and wouldn’t allow her to leave, the Denver Post reported Tuesday, citing a probable cause statement.

The woman reportedly went to the balcony to yell for help when Jokic allegedly choked her “until she fell asleep,” the Post reported, citing the document.

Her attempt to call 911 was thwarted when Jokic allegedly took her phone, but she was able send to a message through the computer to someone she knew and they called police, the paper reported.

Denver Nuggets center Nikola Jokic grimaces as he walks off the court against the Portland Trail Blazers during the first half of Game 4 of an NBA basketball second-round playoff series, Sunday, May 5, 2019, in Portland, Ore. The Nuggets won 116-112. (AP Photo/Craig Mitchelldyer)