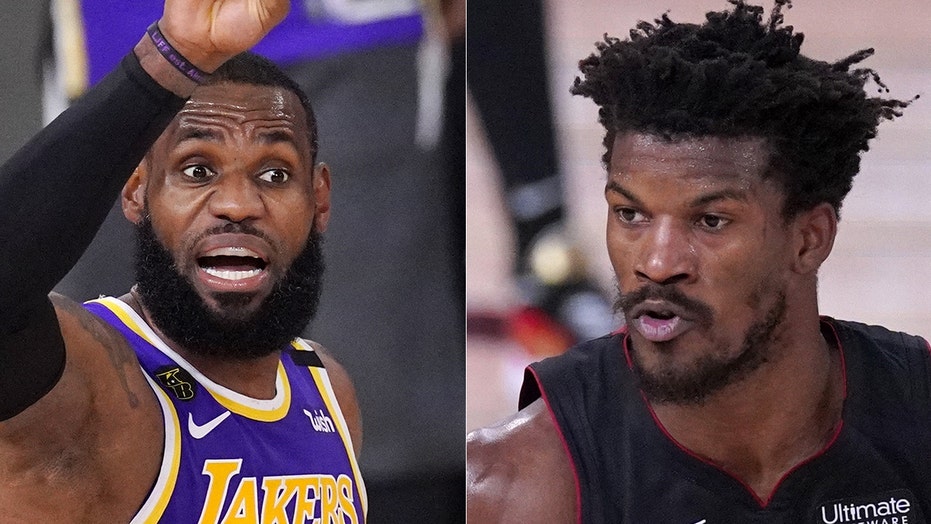 The Los Angeles Lakers and the Miami Heat will meet in the 2020 NBA Finals.

The Lakers will make their first Finals appearance since 2010 and are aiming for their 16th NBA championship in the history of their franchise.

LeBron James and Anthony Davis have led the team through some tough series to get to this point. The Lakers defeated the Portland Trail Blazers, Houston Rockets and Denver Nuggets.

Davis leads the team in playoff scoring averaging 28.8 points per game. He also has 9.3 rebounds and 3.6 assists. James is nearly averaging a triple-double with 26.7 points, 10.3 rebounds and 8.9 assists per game averages. The dynamic duo has helped the team succeed and it will be up to players like Kyle Kuzma, Kentavious Caldwell-Pope and Rajon Rondo to help finish the job in the bubble.

The Heat have been flying pretty high after taking down the Indiana Pacers and arguably the two best teams in the Eastern Conference – the Boston Celtics and Milwaukee Bucks.

Miami is led by veterans Jimmy Butler and Goran Dragic but it’s been the kids who have been lighting up the basket in the playoffs.

Tyler Herro is averaging 16.5 points off the bench. He has yet to start in a single postseason game. Duncan Robinson is making 40% of his three-point shots. Bam Adebayo made a national name for himself in Game 1 vs. the Celtics when he blocked Jayson Tatum at the time. He’s averaging 18.5 points and 11.4 rebounds per game.

While the matchups will be interesting to watch, the storyline might be bigger.

JIMMY BUTLER ON NBA TITLE HOPES: 'IF YOU WANT TO WIN, YOU HAVE TO GO THROUGH A LEBRON JAMES-LED TEAM'

James, who is entering his ninth NBA Finals in the last 10 years, will try to win a title over the coach, Erik Spoelstra, and owner, Pat Riley, he got his first ring with and then later spurned to go back to the Cleveland Cavaliers. James has played 40 games against the Heat in his career and he’s averaged 28.2 points per game in that span.

James’ prowess on the floor will be highlighted throughout the series but the pressure is higher. He is still chasing Michael Jordan’s ring total, which has to be in the back of everyone’s mind. His fourth ring on his third team will certainly be a feat in itself.

Sep 18, 2020; Lake Buena Vista, Florida, USA; Los Angeles Lakers forward LeBron James (23) gestures at the end of the national anthem before game one of the Western Conference Finals of the 2020 NBA Playoffs against the Denver Nuggets at AdventHealth Arena. (Kim Klement-USA TODAY Sports)

The Raptors did the improbable in 2019 – they defeated the Golden State Warriors to win their first NBA championship. The defending champs saw stars Kevin Durant and Klay Thompson go down which contributed to the Raptors’ win. Kawhi Leonard helped the team get over hump and bring one home to Canada.

The Warriors did it again in 2018. Three titles in four years. They were on top of the Western Conference in an almost inconceivable way.

The Cavaliers would get back to the Finals but fall to the Kevin Durant-led Warriors. He was X-factor the entire series and put a dent in the Cavs’ championship hopes.

The Cavaliers came back from 3-1 to win their first title. They knocked off the Cavaliers thanks to LeBron James and Kyrie Irving’s heroic performances. James made the block heard around the world and Irving delivered the game-winning shot. The Warriors finished 73-9 that season.

The Warriors began their run of three championships in four years in 2015. Stephen Curry and Andre Iguodala were the face of the run. It was the start of a tectonic shift in the NBA.