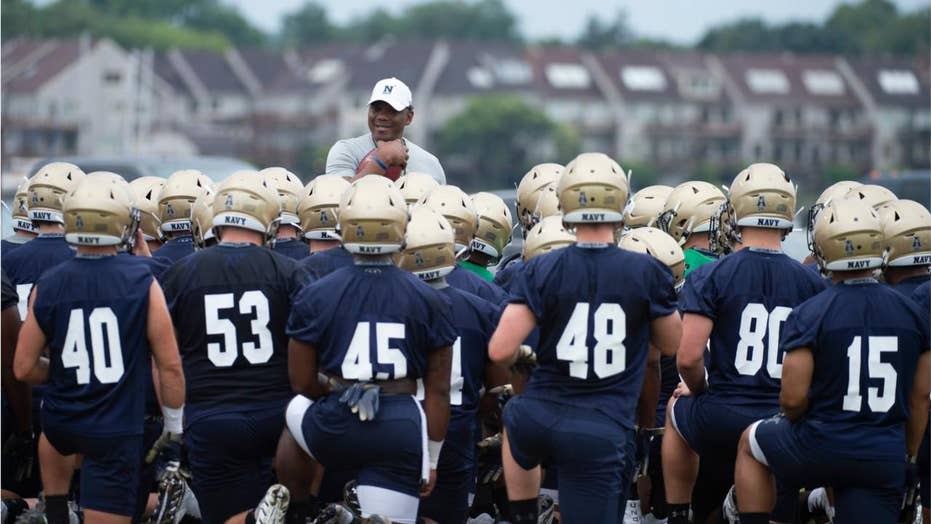 Navy football off to a rough start after motto gets sacked for insensitivity.

Navy football dropped the “Load the Clip” motto it planned to use for the 2019 season as it was deemed insensitive to those affected by gun violence, the school’s superintendent said Friday.

The slogan, which was chosen by senior captains of the football team, is insensitive to the community and inappropriate, superintendent Vice Admiral Sean S. Buck told the Capital Gazette in a statement.

“It is always my priority, part of my mission statement, for the Navy to be a good neighbor,” Buck said. “The bottom line is, we missed the mark here. The initial internal football team motto selected, ‘Load the Clip,’ was inappropriate and insensitive to the community we call home, and for that, I take responsibility for, and apologize to not only the Capital Gazette, but the entire Annapolis community.”

According to Capital Gazette, the motto was changed from “Load the Clip” after reporters started to ask Navy officials about its context amid the spate of mass shootings and the shooting that left five people dead at the newspaper’s offices in June 2018.

Cmdr. Alana Garas, a Naval Academy spokeswoman, told the Capital Gazette the motto was a metaphor for gameday prep.

Coach Ken Niumtalolo has said he was leery of the slogan but recognized that midshipmen have some familiarity with firearms and the slogan was intended to reflect a commitment to being prepared.

The school will now use “Win the Day” as its motto.