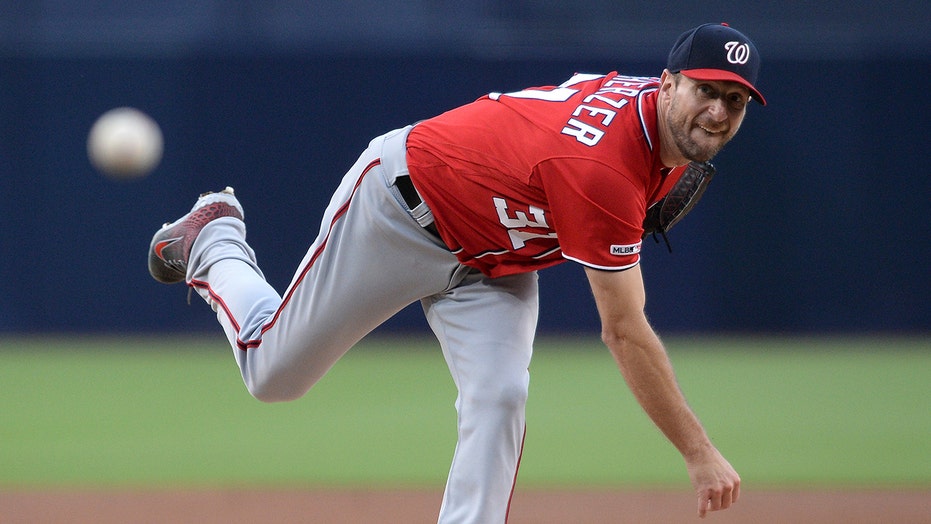 Scherzer was taking batting practice when he attempted to bunt. The ball went off his bat and flew back at him, hitting him in the nose, which the team announced later was broken.

Scherzer was seen heading into the dugout holding a bloodied towel against his nose and a splint was later put on the pitcher’s nose.

The Nationals and Phillies are set to have a doubleheader Wednesday. Scherzer is still set to pitch in the second game if the weather in the area holds up, according to MASN Sports.

“I am convinced right now that Scherzer is going to pitch the second game,” manager Dave Martinez told reporters before the first game. “And then we’ll go from there.”