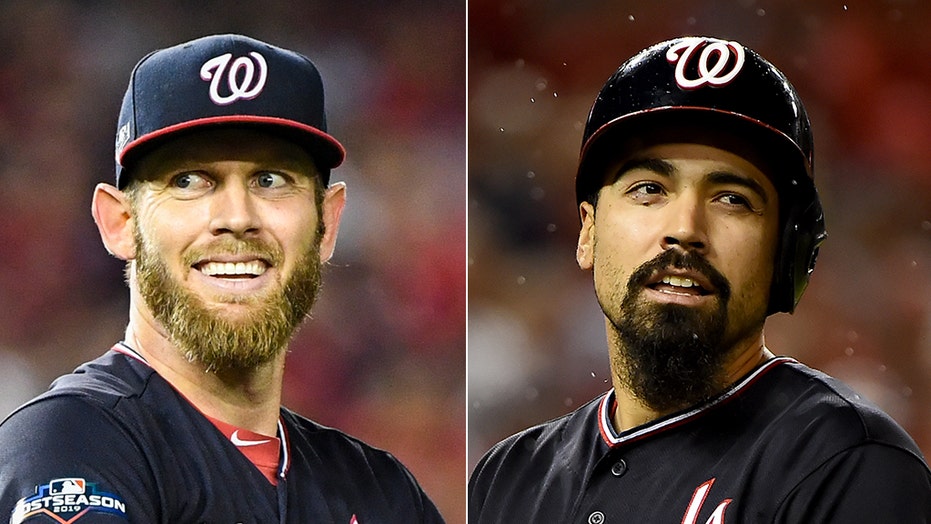 Washington Nationals managing principal owner Mark Lerner may have put a damper on fans’ hopes that the World Series champions will be able to bring back two key pieces of their World Series team.

Stephen Strasburg and Anthony Rendon are both expected to command more than $200 million on the free-agent market. Lerner told NBC Sports Washington that they may not be able to retain both.

“We really can only afford to have one of those two guys,” Lerner said. “They’re huge numbers. We already have a really large payroll to begin with. So we’re pursuing them, we’re pursuing other free agents in case they decide to go elsewhere.”

Washington’s opening-day payroll was pegged at $197 million, according to Cot’s Contracts. The team already had millions tied up in Max Scherzer and Patrick Corbin and could be close to the luxury tax threshold if they need to pay more money to Trea Turner, Michael A. Taylor, Joe Ross and Roenis Elias in arbitration, according to The Washington Post. The luxury tax threshold will be set at $208 million.

Strasburg made $35 million last season while Rendon made $18.8 million.

The Nationals reportedly offered Rendon a seven-year deal worth more than $200 million. It’s unclear whether the Nationals’ infielder is going to consider that.