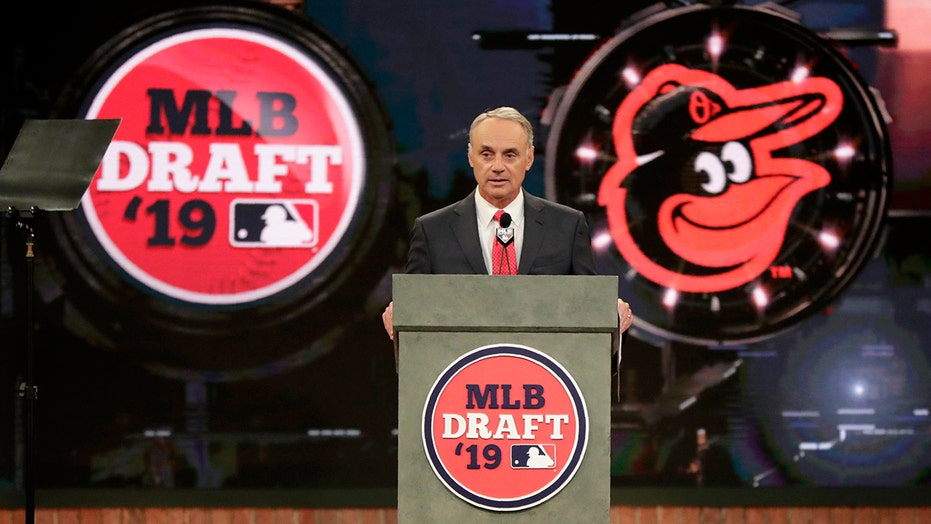 Major League Baseball is moving its amateur draft to the All-Star break beginning next season.

A three-day draft of at least 20 rounds will begin Sunday, July 11 as part of All-Star week in Atlanta, the league announced Thursday. The first night, which has traditionally included only the first round, will take place before the All-Star Futures Game.

MLB has staged its draft in June since its inception in 1965, and it had broadcast the first night live from MLB Network's studios in Secaucus, New Jersey, since 2009.

The later draft date will allow college players to attend the draft, similar to what the NFL and NBA have long done. The College World Series usually concludes in mid-to-late June, creating conflicts.

This year's draft was slimmed from 40 rounds to five in response to the coronavirus pandemic, and it's unclear how many rounds will be in future drafts. The league and the union have agreed the draft will be at least 20 rounds, but it's unlikely the draft will return to its full 40-round size as MLB seeks to shrink the minor leagues after the expiration of the Professional Baseball Agreement on Sept. 30.

MLB said more details about the draft will be released in the coming months.

MLB also unveiled the logo for the 2021 All-Star Game in Atlanta. This year's game at Dodger Stadium was cancelled due to the pandemic.

“Major League Baseball is eager for the return of the All-Star Game and for the opportunity to put one of the game’s great new ballparks on a worldwide stage," Commissioner Rob Manfred said. "Tonight marks the start of an exciting journey for the Braves’ organization and its fans as our sport prepares for a thrilling postseason and for a successful All-Star Week next summer.

"We are pleased to make our draft the newest part of 2021 All-Star Week festivities in Atlanta. The All-Star Game is a celebration of baseball, and the draft will highlight the amateur levels of our great game and its future stars.”