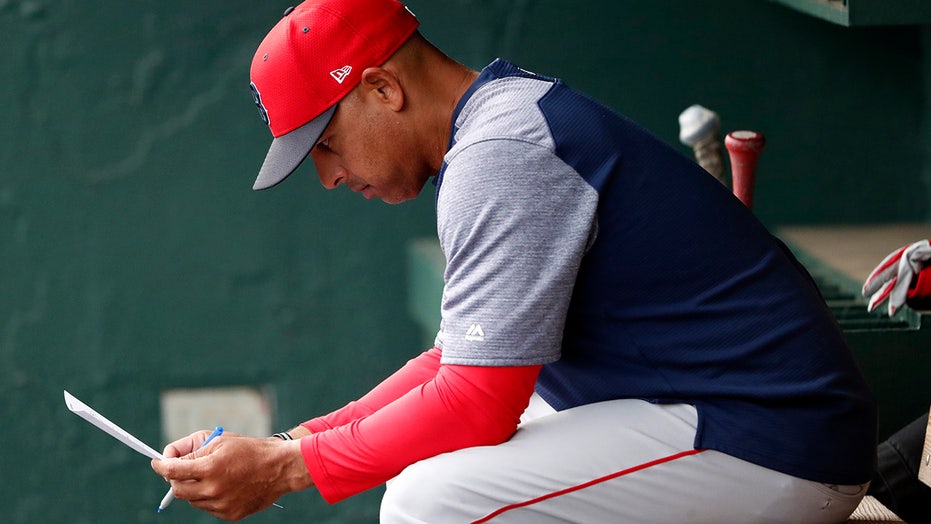 Coronavirus shutdowns keep many apart, but brought this MLB pitcher and pediatric cancer patient together

Major League Baseball has announced the punishments it will hand down to the Boston Red Sox for illegally using electronic equipment to steal signs in 2018.

According to The Athletic, the investigation “determined the primary culprit was not the front office, manager Alex Cora or the players, but the team’s video replay system operator.”

The league suspended the operator, J.T. Watkins, and took away Boston’s second-round pick in the 2020 MLB Draft.

Major League Baseball also suspended Cora through the end of the 2020 season, including the postseason. Cora’s suspension, however, was for his behavior during 2017 as the Astros bench coach, not as Red Sox manager in 2018, when they captured a World Series championship.

The league did not find evidence the Red Sox cheated during the 2018 playoffs or the 2019 regular season, according to the report. The investigation included interviews with 65 witnesses, as well as the review of thousands of electronic messages.

Red Sox President and CEO Sam Kennedy released a statement in response to the league’s report.

“As an organization, we strive for 100 percent compliance with the rules,” Kennedy said. “We apologize to our fans and Major League Baseball, and accept the Commissioner’s ruling.”

The penalties handed down on the Red Sox are less severe than what the Houston Astros received. The Astros illegally used electronic equipment to steal signs during the 2017 season.

MLB suspended manager AJ Hinch and general manager Jeff Luhnow, who were immediately fired by owner Jim Crane. The league also fined the Astros $5 million and took away their first- and second-round draft picks in the 2020 and 2021 MLB drafts.

The Red Sox eventually fired Cora, who was Houston’s bench coach in 2017, and the New York Mets dismissed manager Carlos Beltran, who was the only player mentioned in MLB’s report on the Astros. Beltran was a player on the team during that season.