It’ll be the Wolverines against Sister Jean at the Final Four in San Antonio next weekend.

Michigan and this year’s Cinderella team, Loyola-Chicago, notched victories Saturday to advance to the next stage of the NCAA men’s college basketball tournament.

The Loyola win continued the good-luck streak that many fans attribute to Sister Jean Dolores Schmidt, the team’s 98-year-old chaplain, who has been rooting the Ramblers on throughout the tournament.

The last two members of this year’s Final Four will be decided Sunday when Villanova plays Texas Tech in Boston beginning at 2:20 p.m. EDT; and Kansas plays Duke in Omaha, Neb., at 5:05 EDT.

Michigan advanced as Charles Matthews scored 17 points and Moe Wagner added 12 to give the Wolverines their first Final Four berth since 2013.

The 32-7 team from the Big Ten conference earned its 13th consecutive victory by persevering through a defense-dominated second half and holding off a late charge from Florida State’s Seminoles, who had already knocked off three higher-seeded teams in the NCAA Tournament. 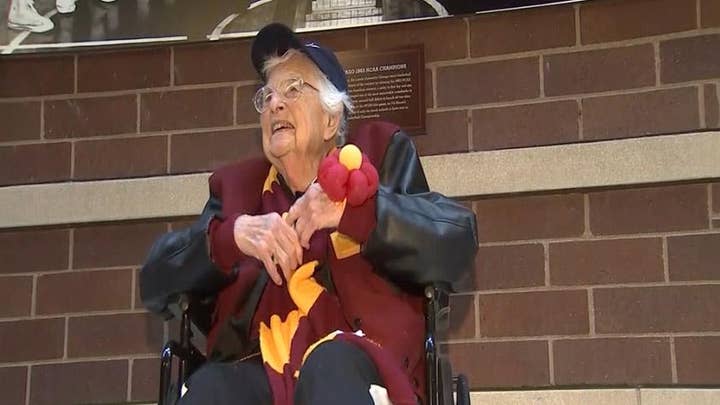 Phil Cofer scored 16 points for the ninth-seeded Seminoles (23-13), who were on their school's longest NCAA Tournament run since 1993.

Extending its winning streak to 14 games, Loyola enjoyed strong shooting against a Kansas State team that relied on strong defense in the NCAA Tournament.

Led by Ben Richardson's 23 points, the Ramblers shot 57.4 percent from the field in the NCAA South regional final. Richardson made six of seven 3-pointers.

Loyola last reached the Final Four in 1963, when the Ramblers won their only national championship. Kansas State was denied its attempt to return to the Final Four for the first time since 1964.

After the Final Four teams are set, the two semifinal games will be played Saturday, March 31, with the winners to decide the national title on Monday night, April 2.